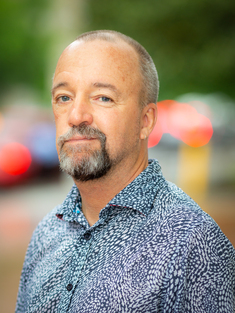 As global lead scientist for oceans, Linwood works across the WWF network and with external partners to direct research that can strengthen conservation strategies and to integrate science into oceans initiatives and programs.

Linwood will also continue to pursue high level academic research, both as the international chair of excellence at the European Institute for Marine Studies, part of the Laboratory of Excellence in Brest, France where he is based and a senior fellow at Duke’s Nicholas Institute for Environmental Policy Solutions (NIEPS).

Linwood was the founder of the Marine Ecosystem Services Partnership, served as the acting chief economist for the National Oceanic and Atmospheric Administration from 2011-2013, and is an Adjunct Associate Professor at the Duke University Marine Laboratory.  He has also collaborated with conservationists worldwide including here at WWF, The Nature Conservancy, Environmental Defense Fund, NRDC, and he served for nearly ten years on the Board of the Conservation Strategy Fund. He currently serves on the Science Advisory Committee of the Gulf of Maine Research Institute, GEO Blue Planet steering committee, the Blue Carbon Finance Working Group, and the OBIS science advisory committee - to name just a few.

B.S. Biology with a minor in Chemistry, College of William and Mary