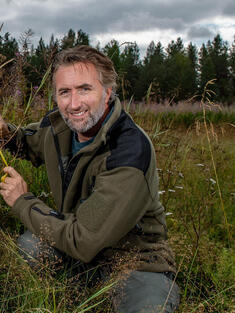 Since the age of 5, Stuart wanted to be a naturalist. A lifelong conservationist and vocal advocate for nature, he has lived and worked in Asia for 20 years starting his international career as a ranger trainer in Wolong Panda Reserve in China in 1991. Following this two year posting he started working for WWF in 1993 at Bach Ma National Park, Vietnam and then moved to WWF-UK and worked on wildlife trade and finally headed up the WWF-UK Wildlife Programme.

In 2004, he moved to Indonesia to lead WWF’s Heart of Borneo initiative and coordinated an international team which convinced the governments of Brunei, Indonesia and Malaysia to sign a historic Declaration for the conservation of the Heart of Borneo - covering 240,000 sq km area of rainforest in early 2007.

In 2008, he moved to Laos to take up the position of Conservation Director for WWF Greater Mekong which covers Cambodia, Laos, Thailand, Vietnam and recently Myanmar. During this time he worked with teams to campaign against the construction of Mekong mainstream dams and on WWF’s wildlife trade campaign resulting in the Prime Minister of Thailand declaring a ban on ivory trade in March 2013. In May 2013, he was appointed as Director for WWF-Greater Mekong and led the WWF delegation to Myanmar which resulted in WWF signing an MOU with the Myanmar government and opening an office in 2014. In 2015, his remit was expanded to manage the Asia programme for WWF International.

As a spokesperson for WWF, he has given over 500 television and radio interviews and gave a TED talk in 2013 against mainstream dams on the Mekong river.

In 2019, Stuart was appointed as WWF’s Tigers Alive Initiative leader with the goal of doubling the number of tigers in the wild by 2022 and is now based in Nepal.

His passion and hobby is mammal watching and spends all his spare time looking for new mammals and continuing his quest to see all 41 species of cat in the wild (currently seen 25 cat species). 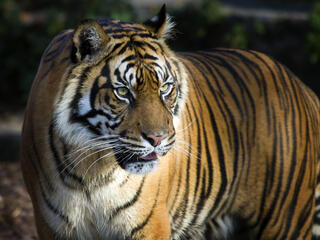