Of all the water on Earth, just 3% is fresh water.

Fresh water is vital to life and yet it is a finite resource. Of all the water on Earth, just 3% is fresh water. Although critical to natural and human communities, fresh water is threatened by a myriad of forces including overdevelopment, polluted runoff and global warming. With this in mind, WWF partners with communities, businesses and others to decrease pollution, increase water efficiency and protect natural areas to ensure enough clean water exists to conserve wildlife and provide a healthy future for all.

Water is an amazing element. It is unique because it can be naturally found as a solid, liquid or gas. As lakes, oceans, rivers and streams increase in temperature, some water will change from liquid to gas, collecting together into clouds of moisture. As these clouds float over cooler seas or land, some of the moisture falls as rain or snow. Rain and snow that falls on the land either seeps into low places – feeding aquifers and groundwater tables –or flows down hill, forming headwaters. These headwaters flow into streams, which in turn flow into rivers or lakes. Eventually, these waters flow to the sea, starting the cycle over again.

Water can be broadly separated into salt water and fresh water. Salt water is 97% of all water and is found mostly in our oceans and seas. Fresh water is found in glaciers, lakes, reservoirs, ponds, rivers, streams, wetlands and even groundwater. These freshwater habitats are less than 1% of the world’s total surface area yet house 10% of all known animals and up to 40% of all known fish species. Despite their importance to life as a drinking water source, sustaining crops through irrigation, providing food in the form of fish, powering homes through dams and moving goods by barges –freshwater habitats are disappearing at an alarming rate. 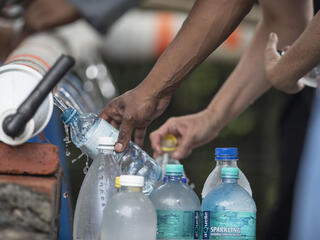 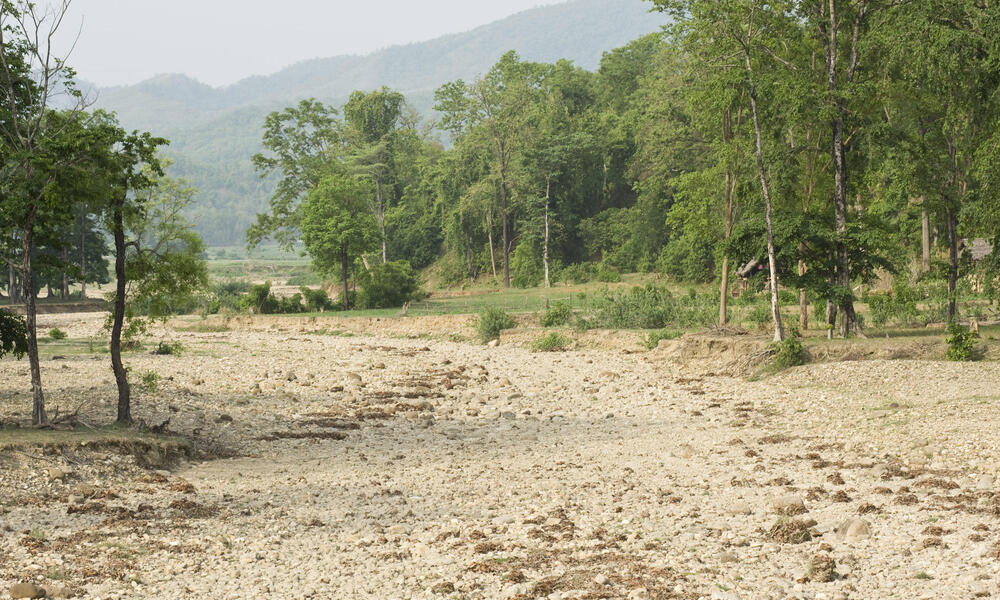 Pumping too much water from underground supplies or river and streams can result in dried-up river beds and wetlands.

In the natural landscape, rainfall is absorbed by land. This water is then slowly released even during periods of dry weather. As forests and fields are altered from natural to urban and suburban land, portions of the land become covered in roads, parking lots and rooftops. Not designed to absorb water, these impervious surfaces have an extreme impact on streams. Water flows off these surfaces – often very quickly – and cannot seep into the ground to replenish groundwater sources or streams. This disruption in the natural water cycle changes the amount of water, the volume of water and the timing of water flowing from the land and can lead to more intense floods. This change can also affect the reproduction of freshwater animals. For example, Sturgeon rely on a certain flow over a period of time in the spring to trigger reproduction. If that flow does not occur at the right time of the year in the right amount, sturgeon may not reproduce. 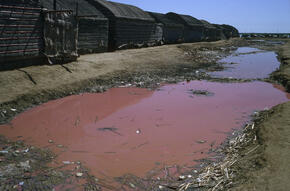 Pollution decreases the quality of fresh water. This is caused by a combination of runoff from agricultural chemicals, poorly managed and sometimes out-of-date industrial processes, and lack of adequate treatment for sewage and other urban waste. This pollution can lead to an immediate decline in the number and types of animals, including fish and waterfowl, as well as a decrease in recreational activities and the loss of livelihoods. Sometimes the effects of pollution are more subtle, only becoming clear after toxic substances have built up in the food chain for many years, causing birth defects and diseases such as deformities in amphibians and cancer in humans.

Overuse of water agricultural irrigation, domestic consumption and urban/industrial use may lead to water scarcity. Pumping too much water from underground supplies or river and streams can result in dried-up river beds and wetlands. The results can be catastrophic for wildlife and for human communities alike. To think that the once mighty Colorado River now barely reaches the ocean is a painful reminder that overharvesting of water can happen anywhere.

The long term weather patterns that make up our climate have always changed. However, as we have transformed the landscape and burned fossil fuels on an increasingly massive scale, the composition of the atmosphere has been altered. This altered atmosphere is trapping more solar energy, increasing global temperatures, and changing rainfall patterns. Looking forward, climate models show that the once reliable rainfall will no longer be so predictable. Some areas are expected to experience increased flooding, while others may become progressively drier. These changes—often intensified by short-sighted land-use planning—can put water supplies at risk, affecting all sectors of human society and the animals that rely on freshwater for their existence. 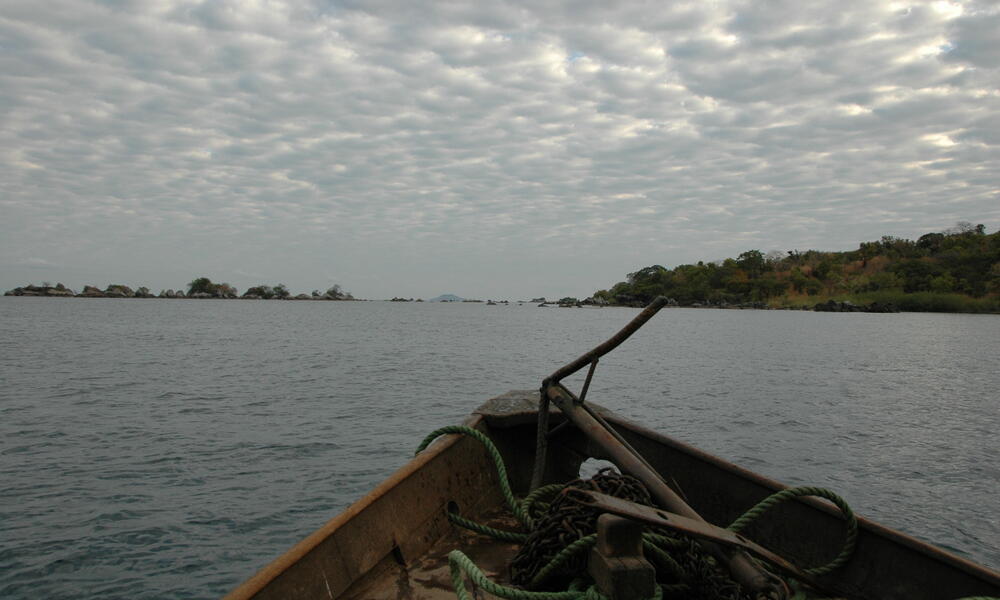 Lake Niassa is the first freshwater lake under protection in Mozambique and will help secure freshwater fish supplies for years to come.

Nearly every business sector is water-dependent in some way or another. Issues of water scarcity and poor water quality have significant and growing social, environmental and economic consequences. Yet many businesses are just beginning to understand what fresh water means to them, their profits, and their company’s long-term viability.

WWF's work on water stewardship helps governments, companies, investors and others understand their water footprints and become better water stewards. Stewardship goes beyond being an efficient water user. It is a journey that begins with contributing to the responsible, sustainable management of freshwater resources critical to business operations. But the journey doesn’t end there. Beyond awareness, understanding and internal action, WWF urges companies to look outside their own operations, supporting local watershed conservation and engaging in collective efforts to advocate, support and promote better basin governance, for the benefit of people and nature. 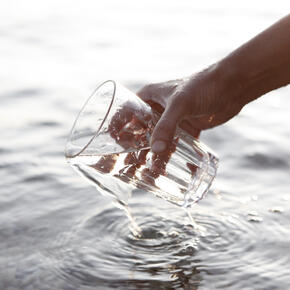 Protecting our freshwater resources cannot be accomplished alone. WWF looks across sectors to partner with organizations like Coca-Cola Company, United Nations’ CEO Water Mandate and the World Economic Forum in our shared pursuit of a water secure future. We support and lead numerous ground-breaking initiatives including the Alliance for Water Stewardship's standard, United Nations-supported Principles for Responsible Investment (PRI)’s work with investors, and water footprinting and mapping tools such as the Water Risk Filter. The data behind the Water Risk Filter and similar WWF projects has already been used by more than 2000 companies to map over 50,000 vendor sites in their supply chains. As part of the White House Climate Data Initiative, WWF committed to expanding, maintaining and sharing that data in partnership with leading technology companies. Such resources will empower industry, financiers and policymakers to strengthen global water stewardship, food security and climate resiliency.

Today, companies with global operations, such as The Coca-Cola Company, Sodexo, and Procter & Gamble, partner with WWF to address the local impacts and risks associated with their water use. And these efforts are resulting in real gains for conservation. For example, our collaboration with The Coca-Cola Company and its bottling partners has set a goal to improve water efficiency 20 percent by 2012. Since 2004, these joint efforts have led to a reduction of 16%. By the end of 2012, the partnership is expected to save up to 50 billion liters of water annually—that’s the equivalent of 20,000 Olympic-size swimming pools.

Working together with The Nature Conservancy, the Pacific Institute and others, WWF helps to promote the use of freshwater in a way that is socially beneficial, environmentally responsible and economically sustainable through the Alliance for Water Stewardship (AWS). AWS offers a variety of ways to improve, incentivize and recognize responsible water use, including helping members engage key stakeholders within their watershed and supply chain. After years of development, AWS launched its International Water Stewardship Standard in April 2014. This standard, which is one of the first global freshwater standards, has great potential to address WWF’s main water stewardship goals of achieving responsible water governance, sustainable water balance, good water quality and protection/restoration of important water areas. This will harness the resources of corporations and governments to steward freshwater for humans and nature. 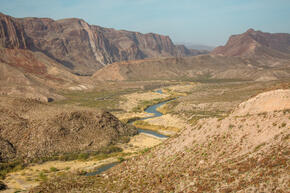 WWF has collaborated with local stakeholders and governments in critical river basins around the world to assess climate change vulnerability and plan interventions. Because institutions are central to the way water resources are managed, WWF has also engaged institutional partners to investigate what best positions water management institutions to effectively adapt to climate change. By working bottom-up in the field, where many impacts are already being felt, as well as top-down with institutions, which influence water management decisions, we hope to safeguard a future where both human and environmental needs are met, in spite of the climate uncertainties we currently face.

Learn more about WWF's work and water security in the Chihuahuan Desert.

WWF works together with communities, businesses and governments to conserve, protect and restore freshwater habitats across the world. About 75% of new sites included in the Ramsar List of Wetlands of International Importance since 1999 are the result of WWF’s work at different levels. WWF’s global goal of conserving and protecting freshwater across the world, requires local action with local partners. For example in the iconic Yangtze River Basin—the longest river in China and third longest in the world—WWF is works with local people and scientists in the headwaters to protect and restore the function of the world’s largest high altitude wetland.

We also helped establish a new protected area in and around Lake Niassa located in East Africa. Also known as Lake Malawi, the lake is the ninth largest in the world and is part of three countries – Malawi, Mozambique, and Tanzania. It is also home to over 1,000 species of fish. By bringing together governments, local communities and business interests, WWF’s efforts led the government of Mozambique to establish the Lake Niassa Partial Reserve. Lake Niassa is now the first freshwater lake under protection in that country and will help secure freshwater fish supplies for years to come.

WWF works to secure the correct volume, timing and amount of water in a river so people and nature can thrive. Working across the globe, WWF supports responsible water use and infrastructure. Sometimes that work involves numerous partners across country borders as demonstrated by our work on the Rio Grande. This river, also known as the Rio Bravo, serves as part of the border between the United States and Mexico. Located in the Chihuahuan Desert, this river provides water to some of the fastest-growing urban areas in the United States and provides water to thousands of farms and ranches. However, over the past century, growth in human population—and the agricultural and urban development that accompanies it—has put enormous stress on the region. The result is a mounting ecological crisis that threatens the survival of wildlife and people.

Today, many of the Rio Grande’s species are endangered, and almost half of its original population has already gone extinct. WWF works to restore water flows along seven important sites along the Rio Grande and its primary tributaries, the Pecos River and the Rio Conchos. One of those sites is the Big Bend where in 2011 the United States and Mexico developed a working plan to cooperate in the protection and preservation of the area.

Beyond operational improvements, collaborations with the private sector also helps local communities and governments to conserve some of the world’s most iconic river basins. For example, corporate support for Guatemala’s Water Fund is protecting the cloud forests of the Sierra de las Minas Biosphere Reserve – the source water for downstream operations. Through reforestation activities and the introduction of sustainable agriculture methods, the Fund is securing water supplies while demonstrating the benefits of private investment in freshwater conservation and river basin management.