Tigers have captivated people and cultures throughout history. They are the largest of the world’s big cats and one of the most fearsome predators on Earth. They are also perilously close to extinction. 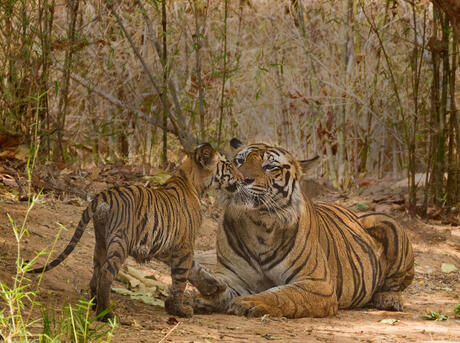 A century ago, perhaps 100,000 wild tigers roamed the Earth. By the start of the 21st century, that number had plummeted by an estimated 95% due to rampant poaching and habitat destruction. Historically, tigers once ranged widely across Asia, but in recent decades, populations have been restricted to 13 countries, namely Bangladesh, Bhutan, Cambodia (locally extinct), China, India, Indonesia, Lao PDR (locally extinct), Malaysia, Myanmar, Nepal, Russia, Thailand, and Viet Nam (locally extinct).

Back in 2010, Global Tiger Day was founded to be celebrated on July 29th every year, in an effort to raise awareness around these magnificent big cats.

At that time the tiger population had dipped to as few as 3,200, leaders from the 13 countries that currently or recently had tigers came together and set out to achieve an unprecedented goal: doubling the number of tigers in the wild by 2022, the next Chinese Year of the Tiger. Partnering with the 13 range country governments and other organizations, WWF played a critical role in creating a shared vision for tiger conservation by committing to the same goal. Known as TX2, this is probably the most ambitious global recovery effort ever undertaken for a single species and a significant turning point for tiger conservation. TX2 works across broad landscapes and encourages trans-boundary collaboration through a strategic, long-term approach that increases protection where the tigers are currently, engages local communities as leaders and partners in conservation, maintains or restores wildlife corridors and connectivity between areas, and boosts resources to secure a future where tigers and people can coexist. While the ultimate success of tiger recovery will be measured by the overall status of wild tiger populations and the well-being of communities living adjacent to them, WWF is committed to supporting tiger recovery and increasing the tiger range.

In 2010, the world’s 13 tiger range countries made a landmark commitment to double the number of wild tigers by 2022. Here's how far we've come.
Continue Reading h More Stories h 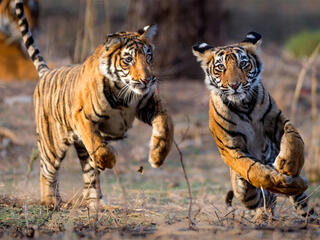 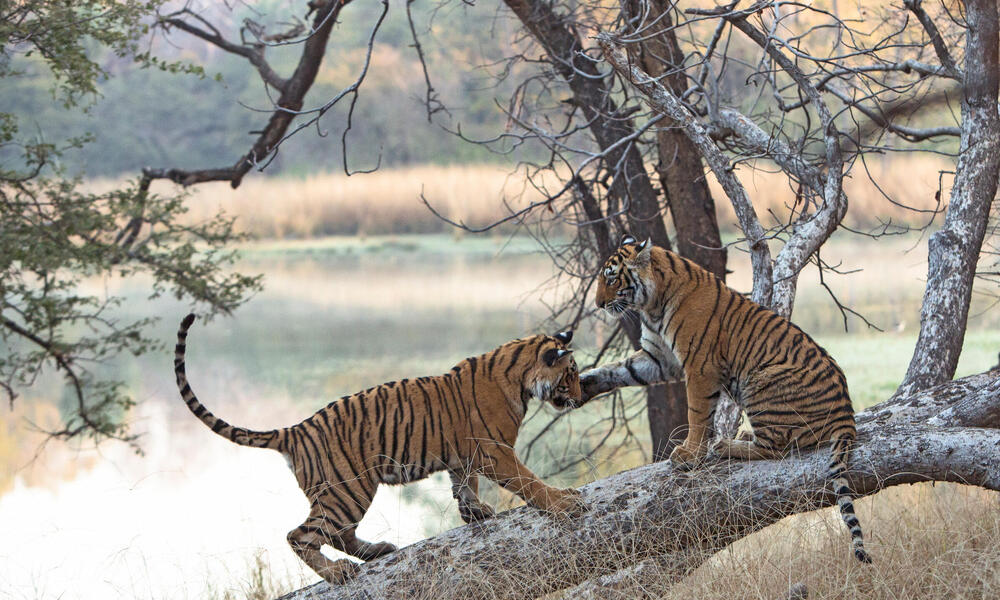 The year 2016 marked the halfway point of Tx2, with wild tigers recorded at around 3,900. Our vision is to ensure the survival of wild tigers. WWF is dedicated to achieving the ambitious global goal of 6,000+ wild tigers. To make that a reality, we need to protect, restore, and connect tiger habitat, end the illegal wildlife trade—including improving law enforcement and eliminating tiger farms—reduce demand for tiger products, and help tigers and local communities safely coexist. Protecting the places where tigers live, breed, and disperse is the backbone of the Tx2 recovery strategy. WWF and our partners are working with world leaders to ensure tigers remain a top priority. And with partners like TRAFFIC, the wildlife trade monitoring network, we’re tackling the illegal trade in tiger products.