President of COP25, Former Minister of Environment of Chile 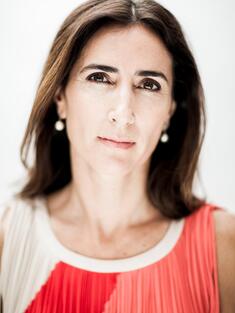 CAROLINA SCHMIDT ZALDIVAR served as minister of environment for Chile until 2021. Highlights of her tenure include the unanimous approval of the Climate Change Law of Chile, with Chile being the first developing country to establish by law a carbon neutrality goal by 2050. Schmidt developed and approved Chile's long-term climate strategy, defining the maximum emissions per sector of the economy and presenting an ambitious Nationally Determined Contribution (NDC) in line with the 1.5 goal, and she fostered the transformation to a circular economy, passing the law for the elimination of single-use plastics in Chile. She also developed the first Chilean National Roadmap for A Circular Economy, the National Strategy for Organic Waste, and the regulations for the Extended Producer Responsibility Law (REP). As minister, Schmidt led and approved the creation of more than 40 new protected areas in Chile with more than 280,000 hectares of wetlands protected. She headed the approval of the first Environmental Fund of Chile (Naturaleza Chile) and the first law for environmental donations in order to increase private and public financial resources for conservation.

Schmidt served as president of the 2019 United Nations Climate Change Conference (COP25) held in Madrid, Spain. As president of COP25, she worked with the UN Secretary General, the UNFCCC, and the UN Development Program to launch the Climate Ambition Alliance, the world’s largest coalition of countries and non-state actors committed to carbon neutrality by 2050. She has also served as Chile’s minister of education and as the minister-director of Chile’s National Women’s Service, and as a Board member of the World Economic Forum-created Platform for Accelerating the Circular Economy (PACE). Prior to her government service, Schmidt had a distinguished business career as CEO of several companies in the media and consumer goods industries. She holds a major in business from the Pontificia Universidad Católica de Chile.