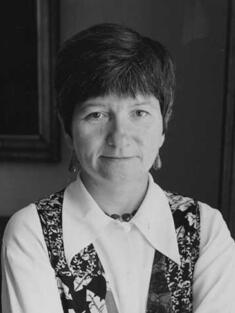 DAME ALISON RICHARD received her undergraduate degree in anthropology at Cambridge University and her doctorate from London University. In 1972, she moved to Yale University, where she became director of the Yale Peabody Museum of Natural History in 1991, and then served as provost. From 2003 to 2010, Richard was vice chancellor of the University of Cambridge. Her major focus of research has been the ecology and social behavior of lemurs in Madagascar, and for over 40 years she has worked to help conserve Madagascar’s unique natural heritage through community-based partnerships. A former board member of WWF-US and WWF-International, she is co-trustee of the Liz Claiborne & Art Ortenberg Foundation, chairs the advisory boards of the Cambridge Conservation Initiative and the Yale Peabody Museum, and is a member of the Arcadia advisory board.