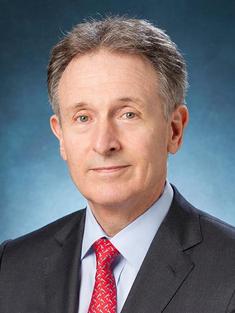 DONALD KANAK is chairman of Eastspring Investments, the Asia investment organization of Prudential plc, which is one of Asia’s leading retail asset managers, with US$193 billion in assets under management (as of December 31, 2018). He is also chairman of Prudence Foundation, the community engagement arm of Prudential in Asia. Based in Hong Kong, Kanak has lived and worked in Asia for over 30 years. From 2008 through 2015, he served as chairman of Prudential Corporation Asia. From 1992 to January 2006, he served in a number of senior positions at American International Group and ultimately as its executive vice chairman and chief operating officer. Prior to his career in insurance and investment, Kanak was a partner at an international strategy consulting firm. He serves as chairman of the EU-ASEAN Business Council, the primary voice for European businesses within the ASEAN region. From 2011 to 2012, he chaired the World Economic Forum’s Global Agenda Council on Insurance and Asset Management. Kanak is co-chair of the steering committee of the ASEAN Hub of the Sustainable Development Investment Partnership initiative of the World Economic Forum. He is a member of the Council on Foreign Relations, a senior fellow of the Harvard Law School Program on International Financial Systems, and a trustee of WWF-Hong Kong. He was also a member of the United Nations Global Environment Facility’s technical advisory group on its climate change mitigation strategy. Kanak holds a JD with honors from Harvard Law School, an MLitt in management studies from University of Oxford (UK), a BA with highest honors in economics from the University of North Carolina-Chapel Hill, and the Chartered Financial Consultant and Chartered Life Underwriter designations from the American College.