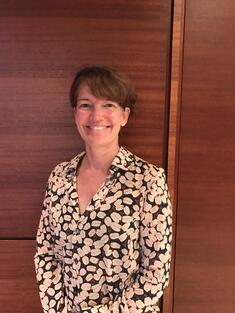 ERIKA PEARSALL is the 2017 Executive Committee Cochair for the Jackson Hole Community Foundation Board. She also serves as chair of the foundation’s Youth Philanthropy Program and was formerly chair of the Grants Committee. She is on the board of Center of Wonder, which supports the arts and creative education. Pearsall served on the board of Jackson’s regional theater, Off Square, for nine years—three of those as president. She has worked in freelance production for numerous film and television companies, including at WTTW Public Television Station in Chicago. Recently, she executive-produced two independent films. She earned her BA from Smith College and her MBA from the Kellogg Graduate School of Management. Pearsall lives in Jackson Hole, Wyoming, with her husband, Ned Jannotta, and their three children.