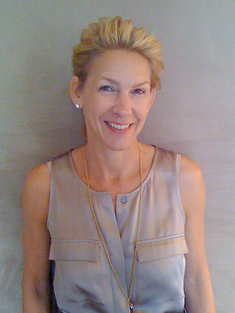 GAIL EVANS EYLER has spent her entire career in apparel wholesaling and retailing. Most recently she was vice president of merchandising for menswear for Polo Ralph Lauren. Eyler joined Polo Ralph Lauren in March 2005 and was hired to streamline processes to increase efficiency and profitability for Polo’s global menswear line. She was vice president of merchandising for Ann Taylor Corporation from 2001 until she joined Polo Ralph Lauren. Earlier in her career, Eyler was a merchandiser for the Dockers Division at Levi Strauss and Company and developed, sourced, and manufactured product worldwide. Eyler is a native of Naperville, Illinois, and grew up playing in the cornfields. She began her career at Hartmarx Corporation after graduating from the University of Illinois in 1986 with a BS in retailing and business. She and her husband, John, currently reside in San Diego, CA. John has three sons, and his and Gail’s lives are greatly enriched by five grandchildren. Their community involvement largely centers on concerns for the less fortunate, children and animals.