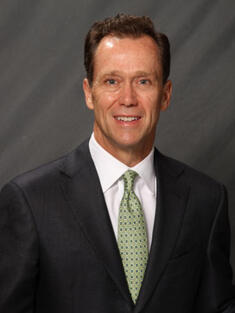 GREGORY SUMME is the cofounder and co-chairman of NextGen Acquisition Corp. I & II, two special-purpose acquisition companies. Summe is also the founder and managing partner of Glen Capital Partners LLC, a value-oriented hedge fund. From 2009-2014, he was the managing director and vice chairman of Global Buyout at the Carlyle Group. He was a member of the firm’s operating committee and responsible for the buyout funds in financial services, infrastructure, Japan, the Middle East, and Africa. Summe’s focus was on developing new investments, driving portfolio company improvements, and raising new funds, including the Sub Saharan Africa Fund. Prior to Carlyle, Summe was the chairman, CEO, and president of PerkinElmer, Inc., a company he led from 1998 to 2009. He joined PerkinElmer in January 1998 in the role of president and chief operating officer, and in 1999 was elected chief executive officer and chairman of the board. He also served as a senior advisor to Goldman Sachs Capital Partners from 2008 to 2009. During his tenure at PerkinElmer, Summe transformed the company from a diversified defense contractor known as EG&G to a global technology leader in health sciences. The company is the world leader in many of its markets, including prenatal and neonatal testing, digital x-ray detectors for medical imaging, and scientific research instruments for drug discovery. The cumulative returns to shareholders through his tenure as CEO were more than triple the S&P 500 Index. Prior to joining PerkinElmer, Summe was with AlliedSignal, now Honeywell International, serving successively as the president of General Aviation Avionics, president of the Aerospace Engines Group, and president of the Automotive Products Group. Before joining AlliedSignal, he was the general manager of commercial motors at General Electric and was a partner with the consulting firm of McKinsey & Company, Inc. In addition to serving as co-chairman of NextGen I (NGAC) & II (NGCAU), Summe serves as a director of NXP Semiconductors NV (NXPI), the State Street Corporation (STT), Avantor Inc. (AVTR), and Pella Corporation. He was previously the chairman of Freescale Semiconductor (FSL), the chairman of Euromax International, and a director of Biomet Inc., TRW Corp (TRW), LMI Aerospace (LMIA), Veyance, and Automatic Data Processing (ADP). Summe holds BS and MS degrees in electrical engineering from the University of Kentucky and the University of Cincinnati, and an MBA with distinction from The Wharton School at the University of Pennsylvania. He is in the Engineering Hall of Distinction at the University of Kentucky.