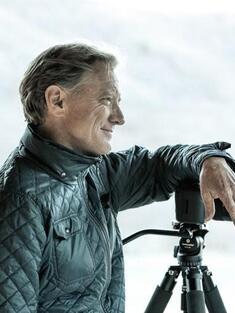 JAMIE REDFORD writes, directs and produces for film and television. “I come from a long line of storytellers who see stories as a way to make sense of things,” he says. “It’s essential to who I am and how I see the world.” His latest directorial project, PAPER TIGERS released in the summer 2015 and he is currently completing HAPPENING, which he is directing, producing and starring in. In the last two decades, he’s written, directed or produced over a dozen films, including the award-winning HBO documentaries Toxic Hot Seat and Mann v. Ford, and The Redford Center’s award-winning feature WATERSHED. Jamie co-founded The Redford Center with his father in 2005 as a vehicle to make documentaries that inspire positive change. “Our role has always been to take complicated issues and render them coherent, digestible and inspiring so people can get engaged,” Jamie says. Jamie holds a B.A. in creative writing and film from the University of Colorado, Boulder and an M.A. in literature from Northwestern University and plays guitar in his free time with Olive and the Dirty Martinis, a popular Bay Area cover band.