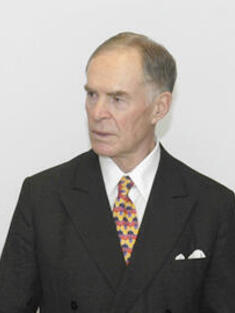 JEFFREY L. MORBY is chairman of the Cure Alzheimer’s Fund, a public charity which funds scientific research conducted by approximately 50 institutions throughout the country, with the objective of finding a cure or preventative for Alzheimer’s disease as soon as possible. He and his wife, Jacqui Morby, in coordination with two other families, founded the foundation in 2004. He is also chairman of the Morby Family Charitable Foundation, which provides funding for a variety of charitable and educational institutions. He was previously vice chairman of Mellon Bank, where he headed all wholesale banking and financial activities. Prior to his association with Mellon, he occupied a number of senior roles/board positions within the financial service industry, including the management of a number of banks in Latin America, where he and his family lived for five years. He has a BS in engineering from Stanford University and an MBA from Harvard Graduate School of Business.