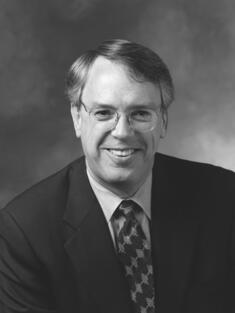 JOHN B. FORD is vice chancellor of university development and alumni relations at the University of California, San Francisco (UCSF). He also serves as vice president of the UCSF Foundation, promoting the interests of UCSF and the Medical Center principally through fundraising efforts. The foundation is governed by a 50-member board of directors. As vice chancellor, Ford oversees a team of 154 people and an operating budget of $30 million. Ford has 40 years of experience, including 30 years at Stanford University, where he helped organize and successfully implement three campaigns with goals of more than $1 billion, including the first billion-dollar campaign in support of undergraduate education in the United States. He began his career at Stanford University’s medical center, eventually leading development for the School of Medicine and Stanford University Hospital. In addition, he directed the capital campaign to build Lucile Packard Children’s Hospital. Ford launched his development career at the California Institute of Technology and subsequently served as a major gift officer at the University of Chicago. In 2008, he helped launch the ClimateWorks Foundation in San Francisco. Most recently, he served as chair of the board of Marts & Lundy, a consulting firm to nonprofits based in New Jersey.