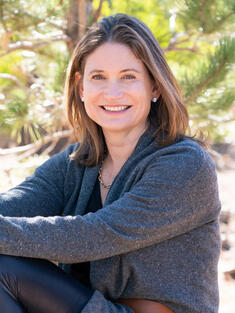 JULIA POPOWITZ is an active angel and fund investor, investing in a wide range of companies and funds across consumer and enterprise technology, including angel investments in Gusto, BetterUp, TruMid, Baobab Studios, SafeGraph, Celo, Owlet, Happiest Baby, Philz Coffee, Tynker, Turo, Unagi Scooter, and Saysh. Popowitz began her career as a corporate attorney at Wilson Sonsini Goodrich Rosati. In 2006, she joined Facebook as the second attorney in the legal department. From June 2006 until April 2011, she led Facebook’s commercial transactions legal team, negotiating and executing a large number of business development and other transaction deals—including with Microsoft, Spotify, ABC/Disney, CNN, and YouTube—that were strategic to Facebook’s growth and development. She led a team of attorneys, oversaw Facebook’s legal work related to its international expansion and operations, and worked on matters related to product and IP law. In her five years at Facebook, Popowitz was instrumental in scaling the legal team from two people to nearly 40, setting up departmental procedures and infrastructure, and hiring and managing outside counsel. Popowitz received her JD from Harvard Law School in 1997, graduating cum laude, and her BA from University of California Berkeley, graduating magna cum laude and Phi Beta Kappa with a degree in political science. She is a member of the State Bar of California. In her free time, Popowitz volunteers at her kids’ schools and with other community organizations. She has chaired the annual auctions at Bing Nursery School and Nueva School. Previously, she sat on the boards of the Oshman Family JCC, Hebrew Free Loan Association, and HandsOn Bay Area. She biked from San Francisco to Los Angeles with the California AIDS Ride and ran the Honolulu Marathon with Team in Training.