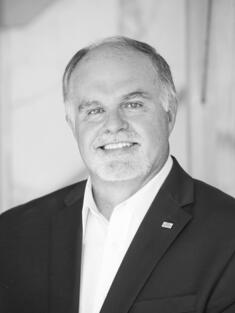 KEVIN BUTT is the director of environmental sustainability at Toyota Motor North America, Inc. (TMNA). He is responsible for the development of environmental programs and for regulatory/legislative development for all of Toyota’s North American operations. Under his leadership, TMNA has accomplished a number of environmental kaizens (improvements), including a 27% reduction in energy consumption per vehicle produced since 2000, a 23% reduction in carbon dioxide emissions per vehicle produced since 2000, a 26% reduction in water usage per vehicle produced since 1999, and a zero landfill status at nearly all of Toyota’s North American manufacturing and engineering locations. Since joining the company in 1992, Butt has served in a variety of roles, including overseeing the welding, stamping, and paint operations in body production engineering. Prior to his career with Toyota, he worked for AK Steel Company, where he was manager of environmental affairs. Butt serves on a number of boards, including those of the National Wildlife Habitat Council, Yellowstone Forever, National Environmental Education Foundation, and the Kentucky Fish and Wildlife Foundation. Through his leadership, Toyota is working with WWF to help preserve and sustain the Galápagos Islands. The partnership focuses on energy and waste management solutions for the animals and people of the islands. Butt earned a BS in environmental science from Georgetown College.