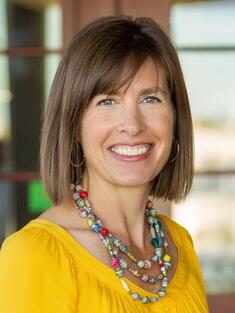 KIRSTEN CHAPMAN is president of Kleynimals, which she founded in 2010. While raising her two sons, she saw a need for non-toxic and safe toys for babies that parents could feel confident would not contain toxic chemicals such as lead, BPA, phthalates or cadmium, among other hazardous items. She started with stainless steel toy keys, and subsequently added baby rattles, teethers, and flatware, all made in the US. From the start, Chapman committed to running Kleynimals with an eye towards sustainability in manufacturing, packaging, and business operations. She has maintained an unwavering commitment to American manufacturing, thus lessening the impacts of transportation on the environment, and positively impacting the US economy. It was because of her desire to donate Kleynimals sales revenues to environmental non-profits that she became involved with World Wildlife Fund. One of her favorite d ays of the year is Lobby Day with WWF, and she has passed that love on to her two sons. Chapman graduated from Bowdoin College with a double major in French and Biology. She also completed a 500-hour yoga teacher certification program. Chapman served on the Vestry and formerly led the Environmental Committee at St. Anne’s church in Annapolis. She has served in several volunteer advocacy and leadership roles for Germantown Elementary School, with the most momentous accomplishments being a new school building and introduction of the International Baccalaureate program into the curriculum. In her spare time, she loves traveling with her family as much as possible.