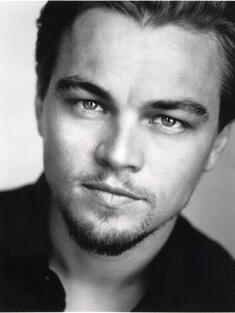 LEONARDO DICAPRIO is an actor, environmentalist and philanthropist.

In 1998, he created the Leonardo DiCaprio Foundation to support organizations and initiatives dedicated to securing a sustainable future for our planet. Since that time, Leonardo has built longstanding relationships with some of the great leaders and thinkers on the planet, staying continually engaged and active on the most pressing issues we face – climate change, access to clean water, protecting biodiversity, oceans conservation and disaster relief.

In addition to WWF, Leonardo sits on the board of several organizations dedicated to these issues including the Natural Resources Defense Council (NRDC), Global Green USA and the International Fund for Animal Welfare (IFAW). Over the last 12 years, Leonardo has worked strategically to shift public awareness on key issues.

Through his foundation, Leonardo has produced a number of media projects that communicate the urgency of the issues to the public, including two short web films Water Planet and Global Warning, which have been viewed by people around the world. He dedicated half of his website (www.leonardodicaprio.org) to environmental news and content and is now building his social media channels in an effort to reach the public more directly.

In 2007 (after 4 years of development), he released his first feature length documentary, The 11th Hour, a hard hitting and inspiring film that features over 50 of the worlds leading experts on environmental issues and the exciting solutions that can save our planet and humanity.

DiCaprio is an award-winning actor and a three-time Academy Award® nominee, starring in movies such as Inception, Blood Diamond and the Oscar®-winning Best Picture, The Departed. In addition to his acting work, DiCaprio created his own production company, Appian Way. Under the Appian Way banner, he wrote, produced and narrated the acclaimed environmentally themed documentary The 11th Hour.