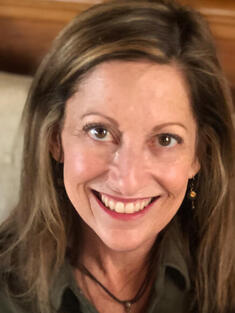 MARGARET NEBENZAHL ROSE had her first experience with World Wildlife Fund in 1978, while encountering several impressive WWF programs in Senegal’s National Parks. She has been a supporter and active volunteer for the Hawaiian Islands Humpback Whale National Marine Sanctuary by participating in the biannual Humpback Whale Count while living on the Big Island of Hawaii for 6 years. She has also volunteered for the Waimea Ocean Film Festival, established as a forum to bring attention to issues facing the ocean environment. Through Hands in Outreach, she and her husband, Dave, have adopted and covered the educational expenses of a young Nepalese girl named Shrijana who is at the top of her class and is planning to be a doctor. Rose graduated from Stanford with a master’s degree in education. She attended Scripps College Junior Year Abroad Program at the Sorbonne University in Paris and continues to be fluent in French. She has taught graduate level courses in multiculturalism and methods for teaching foreign language. She was president of the board of directors for the Cascade Festival of Music after seven years as a board member. She was also a member of the Arts, Beautification and Culture Commission for the City of Bend, Oregon, a member of the Nature of Words Literary Festival Advisory Board as well as a member of the Los Altos, California, School District Curriculum Council and PTA Board. As a franchisee, she received the Ben & Jerry’s Award of Excellence in recognition of being a strong and active force for positive social change in her community. She is retired with her husband in Santa Fe and enjoys spending time with her children and grandchildren, adventure travel, hiking, tandem cycling, skiing, running, and outrigger canoeing.