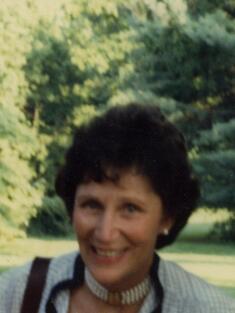 MARIE RIDDER is a past vice chairman and current board member of the Piedmont Environmental Council, a land-use management organization focusing on the northern Piedmont area of Virginia. She is also a former board member of the Trust for Public Land and currently serves on its advisory board. Ridder served on the board of ISAR, an organization that works on environmental issues in the former Soviet Union; the League of Conservation Voters; and Sasha Bruce House. She was vice chairman of the Landmarks Commission for the U.S. Department of the Interior, as well as the former chairman of the Virginia State Parks Commission and the Virginia Council on the Environment, where she served for 12 years under three governors. She has also served on the advisory boards of the National Park Service and American Farm Land Trust, and is a trustee of the Chesapeake Bay Foundation and a past executive committee member of the National Parks Conservation Association. A retired journalist, Ridder was an editor for Condé Nast, where she served as the Washington editor for Vogue, Mademoiselle and Glamour magazines. She was a Washington correspondent for the Ridder, and later, Knight Ridder newspapers, and wrote for a variety of publications including The Washington Post and The Boston Globe. Ridder was deputy to the national director of Project Head Start and liaison to Mrs. Lyndon Johnson from 1964 to 1968. She received a BA from Bryn Mawr and an MA from The George Washington University.