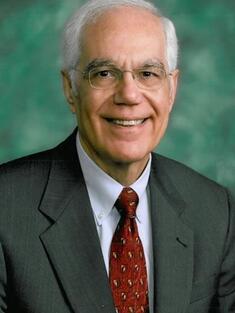 Dr. El-Ashry received his B.S. Degree with honors in 1959 from the University of Cairo and M.S. (1963) and Ph.D. (1966) degrees in Geology from the University of Illinois. He is the editor and co-author of four books and has published or presented more than 200 papers. Dr. El-Ashry is a Fellow of the Geological Society of America and the American Association for the Advancement of Science. He is a member of the Third World and African Academies of Sciences and is listed in American Men and Women of Science and Men of Achievement. He has received a number of national and international honors and awards including the University of Illinois Alumni Achievement Award, Champions of the Earth and the Haub Prize for International Environmental Diplomacy.

He serves on the Boards of a number of not-for-profit organizations including the World Wildlife Fund (WWF), Resources for the Future (RFF), and Renewable Energy Policy Network for the 21st Century (REN21).