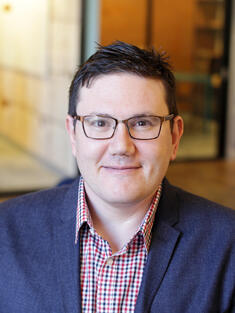 DR. NITZAN MEKEL-BOBROV is the Global Director of Statistics and Data Science at Boston Scientific Corporation, where he has been since 2008, working out of the Los Angeles-area offices. He is a thought leader in the use of “big data” across the healthcare industry, developing novel statistical models and machine learning algorithms to drive medical innovation. Dr. Mekel-Bobrov is currently working on the development of microelectrodes implanted into the brain and central nervous system to alleviate the symptoms of various diseases, including advanced Parkinson’s disease, chronic pain, migraine, epilepsy, and Alzheimer’s disease. Dr. Mekel-Bobrov completed his graduate studies at the University of Chicago on genomic analysis of human microcephaly genes, regulators of neural stem cell proliferation in the evolutionary expansion of the human brain. In addition to WWF, he supports the California Wildlife Center, Union of Concerned Scientists, and GLAAD. Dr. Mekel-Bobrov is originally from Israel. He holds a B.A. in Biomedical Anthropology from Brandeis University, and an M.S. in Computer Science and Ph.D. in Statistical Genetics from the University of Chicago.