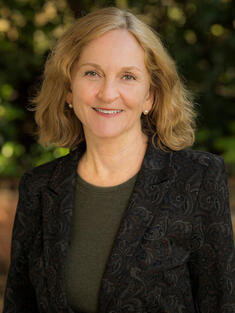 PAMELA MATSON is an interdisciplinary sustainability scientist, academic leader, and organizational strategist. She served as dean of Stanford University’s School of Earth, Energy and Environmental Sciences from 2002-2017, building interdisciplinary departments and educational programs focused on resources, environment, and sustainability, as well as co-leading university-wide interdisciplinary initiatives. In her current role as the Goldman Professor of Environmental Studies and Senior Fellow in the Woods Institute for the Environment, she leads the graduate program on Sustainability Science and Practice. Her research addresses a range of environment and sustainability issues, including sustainability of agricultural systems, vulnerability, and resilience of particular people and places to climate change, and characteristics of science that can contribute to sustainability transitions at scale. Dr. Matson serves on the board of World Wildlife Fund–International and several university advisory boards. Dr. Matson is an elected member of the National Academy of Science and the American Academy of Arts and Sciences, and is an AAAS Fellow. She received a MacArthur Foundation Award, contributed to the award of the Nobel Prize to the Intergovernmental Panel on Climate Change, and is an Einstein Fellow of the Chinese Academy of Sciences, among other awards and recognitions. Dr. Matson holds a Bachelor of Science degree with double majors in biology and English literature from the University of Wisconsin-Eau Claire, a master’s in Environmental Science and Policy from Indiana University’s School of Public and Environmental Affairs, and a doctorate in Forest Ecology from Oregon State University. She received honorary doctorates from McGill University, Arizona State University, and Princeton University.