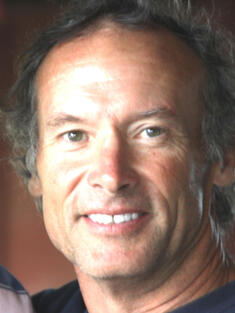 PERK PERKINS was the CEO of Orvis from 1992-2020. Under his guidance, the company grew from $88 million in sales in 1992 to $340 million in 2012. By applying strict “brand DNA” focus to the company’s broad product line and sales channels, Orvis became recognized as one of the most respected lifestyle brands in America, earning the industry’s highest awards in both catalog and Internet marketing. Perkins began at Orvis as a catalog copywriter in 1977. Other responsibilities over the years included export sales manager, retail chain development, opening and managing the multi-channel Orvis UK, divisional and general merchandise management, vice president of operations, and president of Early Winters. An avid fly fisher, wingshooter, canoeist, cross-country skier, sailor and bird watcher, he led Orvis’s renowned support of conservation (5% of pretax profits) with the mantra, “If we are going to benefit from our natural resources, we must be willing to take action to protect them.” He has also served on numerous corporate, conservation, and civic boards. He is on the boards of the Clark Fork Coalition and the Weston Theatre in Vermont, and on the advisory boards of The Nature Conservancy Caribbean Program and Trout Unlimited’s Coldwater Conservation Fund. Formerly, he served as vice chairman of The Nature Conservancy’s worldwide board and on the boards of the Montana Nature Conservancy, the Greater Yellowstone Coalition, Trout Unlimited, World Wildlife Fund, and the Cornell Lab of Ornithology. Perkins graduated from Williams College in 1975 and has completed Harvard University’s Executive Management Program.