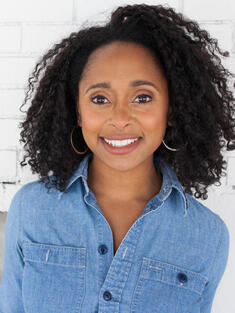 RAE WYNN-GRANT is a wildlife ecologist and National Geographic Explorer who researches how human activity influences the movement and behavior of wild animals. As an active scientist, she spends long periods in the wilderness tracking and observing black and grizzly bears in the western United States, and African lions in rural Kenya and Tanzania. Her wildlife exploration and media work has taken her to six of seven continents and over 25 countries. A native Californian, Wynn-Grant attributes her interest in wildlife and conservation from the nature shows she watched on television as a child, and today she uses media to increase representation of Black scientists and explorers. Wynn-Grant received her BS in Environmental Studies from Emory University, her MS in Environmental Studies from Yale University, and her PhD in Ecology and Evolution from Columbia University. She is a faculty member at the Bren School of Environmental Science and Management at University of California at Santa Barbara. Wynn-Grant envisions a near-future where the outdoors is a safe, equitably accessible, and positively transformative space for all people. She is a scientist, conservationist, equity and justice advocate, and storyteller.