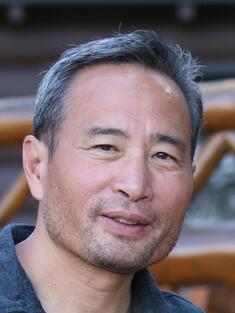 RICHARD CHOW has close to 25 years of experience in the energy industry, having served as CEO, president, and/or board member for several companies. Most recently, he has been a Distinguished Careers Institute fellow at Stanford University, where he continues to serve as an advisor to the TomKat Center for Sustainable Energy. For most of his career, Chow developed alternative energy projects around the world. He is the founder of Ridge Energy Services, a company making investments in the energy sector. Previously, he worked on behalf of several private equity firms as the top executive of their portfolio companies, served as CEO and board member at ThermaSource, a company providing oilfield services to the geothermal industry, and was president of US Biodiesel, a company that develops biofuels, and led the merger with Renewable Energy Group (REG), now the largest publicly traded biofuels company in the United States. Earlier in his career, Chow worked for US Generating Company and EnergyWorks, two Bechtel Enterprises joint venture companies that developed, financed, and owned power generating assets. While based in Jakarta, Chow served as president of EnergyWorks Asia and focused on the development of renewable energy projects and on-site generation for industrial and commercial customers. He has a BA from Wesleyan University and an MBA from the Yale School of Management. He serves on the board of the Basic Fund and the Branson School, both in the San Francisco Bay area. Formerly a competitive triathlete, Chow is raising two teenage daughters in San Francisco with his wife, Jane Su.