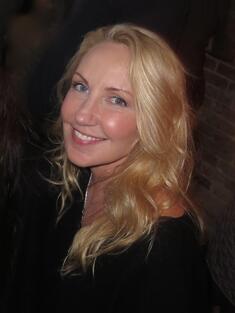 SHARI SANT, environmental philanthropist and ocean activist, is president and founder of Code Blue Charitable Foundation, secretary/trustee of the Summit Charitable Foundation, founding board member of the Sylvia Earle Alliance, board member of the National Aquarium in Baltimore, and former vice president of Seacology. A proponent of impact photography and filmmaking, Sant served as board chair of the International League of Conservation Photographers for five years and is currently an affiliate. She is also a producer of documentary films, including the Emmy award-winning Netflix documentaries Mission Blue (executive producer) and Chasing Coral (associate producer), and is executive producer on Anote’s Ark, Sharkwater Extinction, and Ghost Fleet. A graduate of New York University, Sant worked as senior stylist and design director for Ralph Lauren in New York for nine years, then as visual director at Esprit. In 1994, in San Francisco, she founded the environmental lifestyle store Worldware. She sold the business in 2001, and now devotes herself full-time to environmental work, with a focus on producing impact media to inspire change. As an avid diver, photographer, and ocean activist, Sant travels extensively throughout the world, promoting ocean conservation and environmental awareness. She lives in New York and California.