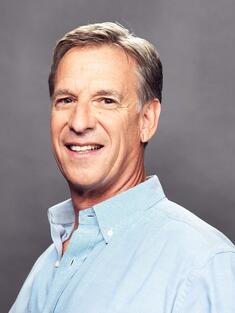 STEVE LUCZO is a founding managing partner of Crosspoint Capital Partners. Crosspoint Capital is a private equity buyout fund focused on cyber security and privacy. It is one of the largest first-time funds ever raised in technology, having raised $1.3 billion in March 2021. Luczo serves on the board of directors of public companies including Morgan Stanley and AT&T. He also serves on the boards of directors of private companies including Bright Machines, Drivenets, Everseen Limited, Furtuna Skin, SunRise Memory Corporation, and Terradepth. He serves on the boards of directors of non-profits including Lucille Packard Children’s Hospital and previously the World Wildlife Fund. Over the course of his career, Luczo has completed over fifty acquisitions and mergers with an aggregate value exceeding $100 billion. He was chairman of Seagate from 2002 through 2020 and served as CEO of Seagate for 16 years. While Luczo was CEO, Seagate was among the top five performing stocks in the S&P 500. Luczo is well known for his leadership in taking Seagate private in 2000 with buyout partners Silver Lake and TPG. The Seagate management buyout is still regarded as one of the most successful technology leverage buyouts in history. Luczo has been identified as one of the top performing CEOs by numerous publications including Institutional Investor, CNN Money, Bloomberg, Fortune Magazine, and Business Insider. In addition, the Harvard Business Review named Luczo to its list of the 100 best performing CEOs in the world for four consecutive years, 2014-2017. Luczo has previously served on the boards of directors for Veritas, VMware, and Microsoft Corporation. While at Microsoft, Luczo served on the CEO search committee. He also has served on the advisory boards of the Stanford Graduate School of Business and the New York Stock Exchange. Luczo has been knighted in Malaysia as Darjah Setia Pangkuan Negeri (DSPN), the Order of the Defender of State - Knight Commander which carries the title of Dato, and in Italy as Cavaliere dell’Ordine della Stella d’Italia. Luczo graduated from Stanford University with a degree in economics and psychology, and he received his MBA from the Stanford Graduate School of Business. He also holds an honorary Doctorate of Letters in economics from Queens University, Belfast. Luczo is married with four children.