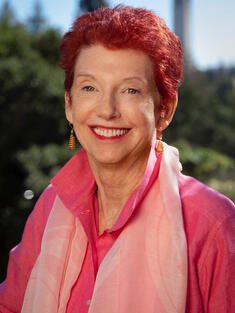 SUSAN COOK HOGANSON is president and founder of SCH Strategies, LLC, a consulting firm specializing in governance and strategic problem solving. She started the firm after 13 years as a senior bank officer in private wealth management and 10 years as CEO for Enterprise for High School Students, a nonprofit assisting students’ transition from school to the job market. She was founding CEO for Laguna Honda Hospital Foundation, representing the largest long-term care facility in the United States. Hoganson has served on many boards, including United Way of the Bay Area and Northern California Presbyterian Homes & Services. She has chaired several boards, including Junior League of San Francisco, Modern Art Council, The Legacy Foundation, International Women’s Forum-Northern California, and 640 Heritage Preservation Foundation. She is on the board of trustees of the Graduate Theological Union, having just stepped down after four years as chair. She is treasurer of the Niantic Charitable Fund and on the board of the URI Foundation. Hoganson has a BA from Hollins College, an MEd from Boston University, and an Executive Nonprofit Leadership Certificate from Stanford University, where she was a fellow at the Center for Social Innovation. She has received several regional and national awards for her innovative leadership.