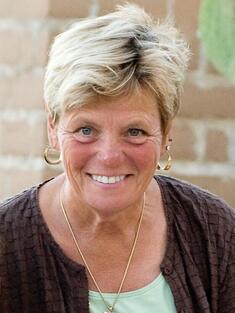 SUSAN JORGENSEN lives in Santa Ynez, California, on a small ranch with her wife, Alice Gillaroo, and their beloved dog, Graciela. Jorgensen’s formative years were spent in the Midwest—a more rural upbringing with fishing, tree climbing, and nature discoveries. After earning a BA at Denison University and an MBA at the University of Michigan, Jorgensen went to work with the Environmental Protection Agency in 1971 in the Seattle office. In 1976, Jorgensen moved to Santa Barbara to study photography. She has stayed in Southern California as a photographic artist for over 40 years. She has exhibited extensively and has work in public and private collections. After her father’s death in 2005, Jorgensen and Gillaroo made a gift in his honor to the Northern Great Plains (NGP) Project of WWF. Their interest deepened, and they enthusiastically accepted an invitation to join the NGP Committee. Today, the NGP and the totality of WWF are their passionate focus and inspiration.