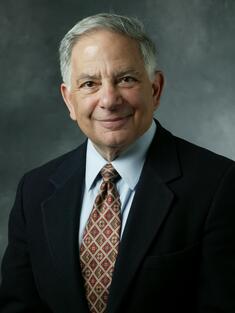 ABRAHAM D. SOFAER has been the George P. Shultz Senior Fellow in Foreign Policy and National Security Affairs at the Hoover Institution, Stanford University, since 1994, and is now emeritus. He served in the US Air Force from 1956 to 1959, received his AB in history from Yeshiva College in 1962, and received his law degree from New York University in 1965. He clerked for the Hon. J. Skelly Wright of the DC Circuit Court of Appeals from 1965 to 1966 and for Justice William J. Brennan of the US Supreme Court from 1966 to 1967. After serving as a federal prosecutor and professor of law (at Columbia University), he was appointed to the US District Court for the Southern District of New York in 1979. In 1985, he resigned that position to become legal adviser to the US Department of State until 1990. He practiced law from 1990 to 1994 at Hughes Hubbard & Reed. His experience on environmental issues includes his service as administrative judge for the New York Department of Environmental Conservation in the litigation brought against General Electric for discharging PCBs into the Hudson River. He also wrote several decisions involving environmental issues as a federal judge, and worked on acid rain and Antarctica issues during his tenure at the State Department. He represented WWF-International in a negotiation with WWF-US (which was represented by Lloyd Cutler) that resulted in the Memorandum of Understanding with reference to which the parties have operated successfully since 1993. He is a member of Hoover’s Energy Task Force and has been a member of The 1001 Club, which helps support the World Wide Fund for Nature, since 1992.