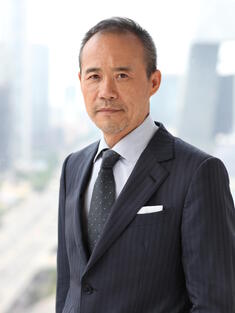 WANG SHI is Founder and Honorary Chairman of China Vanke Co., Ltd, which he founded in 1984. Under his leadership, Vanke has grown into the world’s largest residential home developer by sales revenue, and China’s pioneer in green home construction. In recent years, Wang led environmental initiatives among Chinese private sector companies, particularly in the areas of natural habitat conservation, garbage recycling, and forest conservation. In 2004, he co-founded the Society of Entrepreneurs and Ecology, China’s largest environmental network, involving 200 private sector entrepreneurs. He was the executive director of the One Foundation and Shenzhen Mangrove Wetlands Conservation Foundation, which are China’s first public foundations. He was elected chairman of China Entrepreneurs Forum in July 2012. As a passionate mountaineer, Wang reached the peak of Mount Everest from the North and South faces in 2003 and 2010 respectively. He is the eleventh person in the world to accomplish “7+2”—reaching the Seven Summits in 2004 and the North and South Poles in 2005 . With a global vision of environmental sustainability, he sits on the World Economic Forum’s Global Agenda Council on Governance for Sustainability, with particular focus on forests, biodiversity and climate change. Wang is a visiting fellow at the University of Cambridge, specializing in business values and ethics. He has teaching roles at numerous universities, including Harvard, Peking, Columbia, MIT, HKUST, and the National University of Singapore.