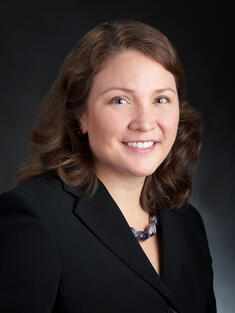 WENONA T. SINGEL is an Associate Professor of Law at Michigan State University College of Law and the Director of the Indigenous Law & Policy Center. She teaches courses in the fields of federal Indian law and natural resources law, and her research and publications address federal Indian law, the development of tribal legal systems, and tribal accountability for human rights. She served as Deputy Legal Counsel for the office of Governor Gretchen Whitmer from January of 2019 through January of 2021, advising Governor Whitmer on tribal-state affairs. Professor Singel, an enrolled member of the Little Traverse Bay Bands of Odawa Indians, was the first tribal citizen in Michigan’s history to hold that position. Her other professional activities have included serving as the Chief Appellate Justice for the Little Traverse Bay Bands of Odawa Indians for thirteen years and service as the Chief Appellate Judge for the Grand Traverse Band of Ottawa and Chippewa Indians. From 2006-2009, she served as President and Board Member of the Michigan Indian Judicial Association. On March 29, 2012, the United States Senate passed by unanimous consent President Barack Obama's nomination of her to serve as a member of the Advisory Board of the Saint Lawrence Seaway Development Corporation, a position she held until 2017. Prof. Singel is also an elected member of the American Law Institute, where she is the Co-Reporter for the project to develop a Restatement of the Law of American Indians. Prior to joining MSU College of Law, Professor Singel was an Assistant Professor at the University of North Dakota School of Law and a Fellow with the Northern Plains Indian Law Center. Before teaching, she worked in private practice with firms that included Kanji & Katzen, P.L.L.C. in Ann Arbor, MI, and Dickinson Wright in Bloomfield Hills, MI. She served as a member of the Economic Development Commission of the Little Traverse Bay Bands of Odawa Indians and as General Counsel for the Grand Traverse Resort, a tribally-owned resort in northern Michigan. Professor Singel received an A.B. from Harvard College and a J.D. from Harvard Law School.