Charting a future for bonobos

Reagan Mfari’s navy jumpsuit blends seamlessly into the darkness of an overcast night near Mpelu in the northwestern region of the Democratic Republic of the Congo. He follows an indistinct path into the forest, guided only by a beam of light from his headlamp. The deftness with which he moves suggests he could make the journey blindfolded.

For well over an hour he walks. Forest becomes savanna becomes forest again. As the sky begins to turn silver, foreshadowing the coming sun, Mfari stops and points upward. The canopy of a single tree begins to move, slowly at first, then vigorously, as though a gale force wind has magically targeted this one spot.

A moment later, a figure emerges from among the branches—gangly arms, bent legs, an unmistakable cry. This, along with the chimpanzee, is humankind’s closest living relative, the endangered bonobo.

Found only in the Democratic Republic of the Congo, bonobos were one of the last of the great apes to be scientifically described—in 1929—and therefore are still a bit of a mystery. Mfari’s job is to help track and habituate one of three groups of bonobos to learn more about them—which in turn helps inform and strengthen conservation initiatives—and to build up a growing ecotourism market that will bring more financial resources to this remote part of the country. This also creates an economic incentive to protect bonobos and their habitat.

But habituating bonobos—getting them used to human presence so they don’t run away when observed—takes years and a great deal of patience. By following the bonobos daily, trackers like Mfari help acclimate the apes to people. 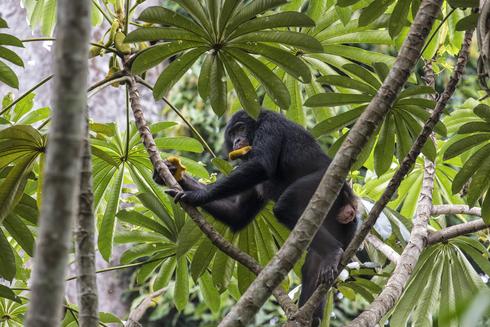 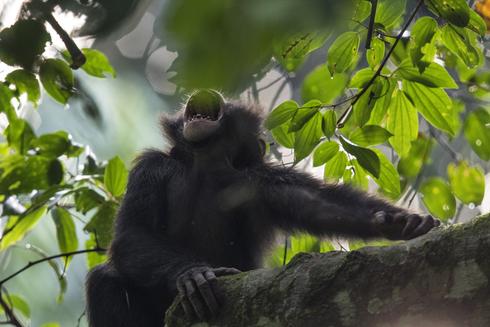 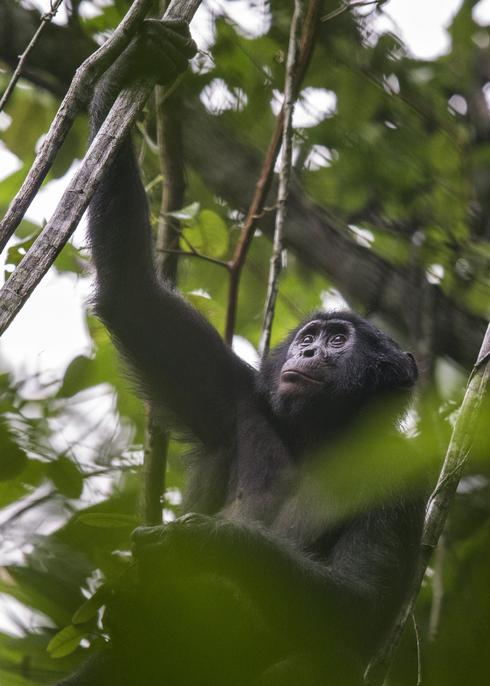 The order is a tall one, and physically demanding.

“Before becoming a tracker, you have to know the forest,” says Mfari.

Trackers follow a group for the entire day, jotting down GPS coordinates to maintain a log of their movements, taking notes on what the bonobos eat and when they rest or play, and using binoculars to spot any injuries. Bonobos can move swiftly from treetop to treetop when they’re searching for food or feel threatened. The trackers—following on foot through dense forest—sometimes lose them briefly; they look for food scraps dropped to the forest floor and listen for the bonobos’ distinct calls to pick up the trail again. When the apes begin building their nests for the night, the trackers note their location and head back to the village. They re-enter the forest before dawn, when the canopy again begins to shake as the bonobos rise in the morning light.

The business is a boon for Mfari and the other trackers, who can now earn a steady living.

“If I get sick, I will be treated,” says Mfari, who’s been tracking bonobos since 2006. “I can buy items in the village. To me, this is an advantage.”

Bonobos are largely respected in the Malebo area. Local chiefs refer to the apes as ancestors, and parents reinforce to their children that this species is not one to hunt or eat. And just over 10 years ago, it was local communities that notified the government and conservation partners, via the local nongovernmental organization Mbou-Mon-Tour, that bonobos lived in this region—an area once considered outside of the conventional bonobo range. Still, bonobos remain officially classified as endangered, facing threats from poaching, accidental injury in snares, habitat loss, disease trade—and their status is likely to be changed to critically endangered.

WWF began working on bonobo conservation in the western part of the country in 2005. The goal is to increase surveillance of bonobos, monitor their health, and create a comprehensive management plan that benefits people and wildlife. Improving livelihoods through ecotourism and related activities is a key part of getting community members on board. The additional income earned by trackers and others directly involved in bonobo tourism goes toward household needs like school fees and healthcare. Revenue from the viewing fees benefits whole communities by funding infrastructure projects like building roads.

The future of bonobos in this region is beginning to look promising. Trackers and primatologists learn more about them with every passing day, and locals continue to play a key role in the ongoing conservation of the species. They’re also starting to reap the benefits of visitors who travel long distances to see these fascinating creatures, hoping to hear those shaking treetops and catch sight of those lanky, somehow familiar, frames. 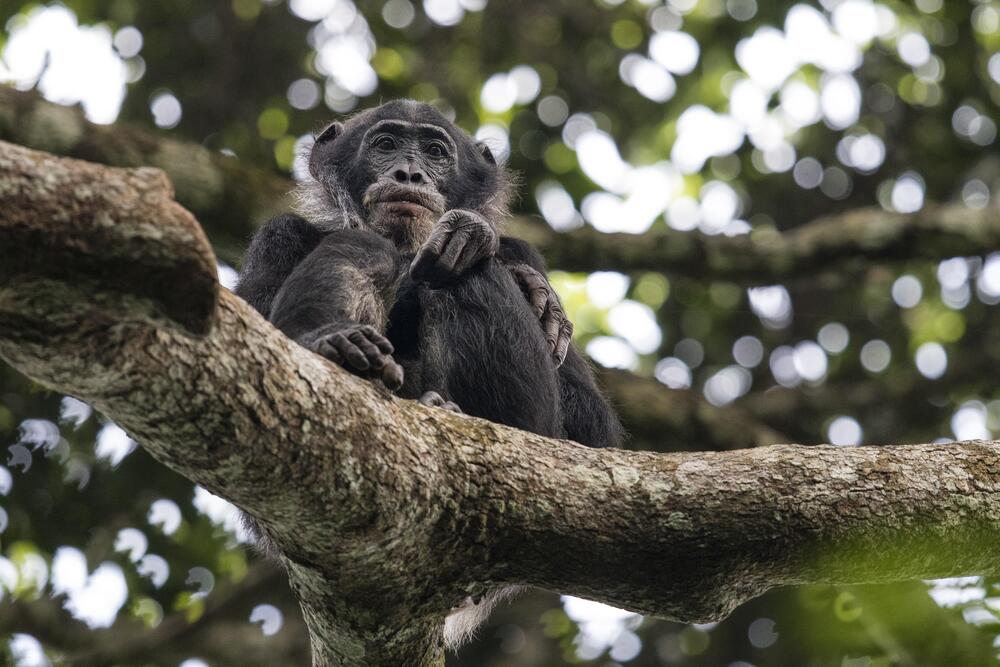