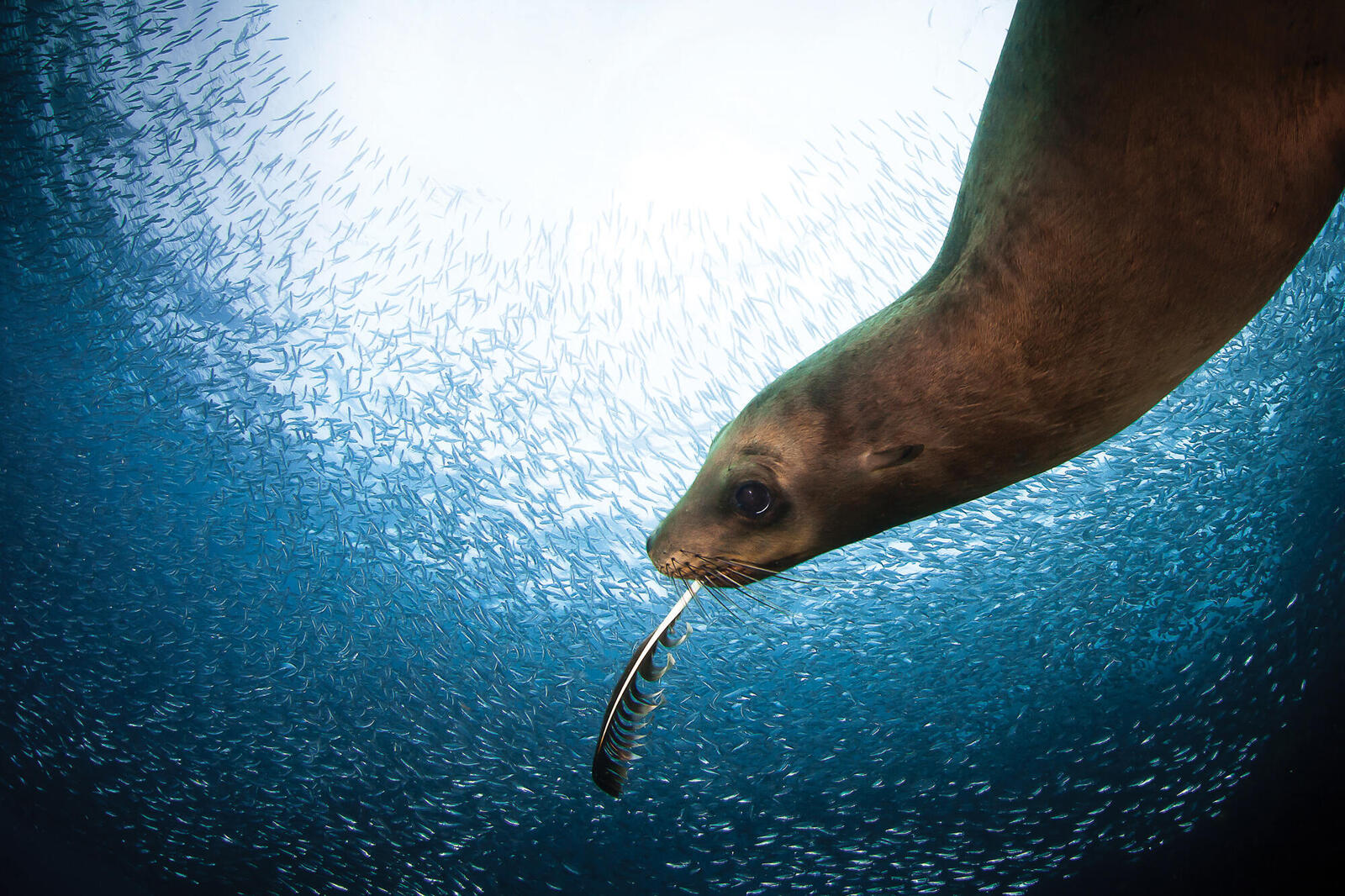 I rowed a kayak for two hours to get from San Rafaelito Island to a spot in the ocean where sea lions were said to interact with schools of sardines. The water was cold, and the pungent scent of sea lions filled the air. Below the surface were thousands of sardines moving in unison through the water. As I snapped underwater shots, I realized that the sea lions were playing with the sardines, rather than devouring them!

Then a young sea lion approached me with a playful gleam in its eye and a wiggle in its tail. I continued to take pictures, and it disappeared from the frame of my lens, only to reappear moments later with a toy in its mouth: a seabird feather.

The pup swished the feather from side to side, released it while looking at me, and then grabbed the feather back in its mouth. I could tell it was waiting for me grab the toy and join in the fun. It was as if the youngster were saying to me, “Hey friend, want to play?”

In the end, the pup seemed to realize I would not interact with it or its toy, and it swam away to find a more willing playmate. Now, this photograph is my souvenir of that beautiful experience.