Holiday Shopping With the Environment in Mind

Looking for that elusive gift or sumptuous dining experience as the festive season approaches in many countries? By avoiding certain items and carefully sourcing your presents, you can avoid having a detrimental impact on the planet's natural resources. WWF helps you shop with the environment in mind by alerting holiday shoppers to the following 'gift buying dos and don'ts'

Beluga Caviar - If buying, buy carefully.
While nothing is more evocative of luxury than black caviar, be aware that the sturgeon of the Caspian Sea could face extinction due to unsustainable and illegal plunder for their roe. Purchase caviar only from shops, only in sealed jars and, most importantly of all, make sure the jar or tin is sealed with a CITES (Convention on International Trade in Endangered Species) label, indicating that it was legally and sustainably harvested.

Ivory - Don't buy ivory trinkets.
The illegal trade in elephant ivory is a continuing problem worldwide. The existence of illicit ivory markets remains one of the greatest threats to elephants today, particularly in West and Central Africa.

Shahtoosh - Don't buy.
Shahtoosh is a high-fashion scarf woven from the hair of the Tibetan antelope. To obtain the wool, the antelope has to be killed. Though some traders may tell you the wool can be collected from bushes that the animal has brushed against, that is false. Due to poaching, the population of this species is dwindling and the species is on the endangered list. Buy a wool pashmina shawl instead.

Electrical items - Buy smart.
If buying large electrical goods like stereos and televisions, buy ones that can be turned off and do not just sit on standby. Often products use as much as 40 percent of their electricity in standby mode.

Turtle shell products - Don't buy.
Six of the seven species of sea turtles are endangered or critically endangered and the outlook for them is increasingly grim. In the Pacific, leatherbacks are heading for extinction and in the Mediterranean, green turtle numbers have plummeted. All international trade in marine turtle products is banned, so avoid those hair clips, bracelets and souvenirs you may see on your travels.

Crocodile skin and snakeskin products - Buy carefully.
If you like those fancy cowboy boots or that little evening bag, be aware that some native wild populations of crocodiles and snakes are in dire straits and critically endangered. While it's likely your belt, bag or shoes comes from captive-bred populations, not wild ones, check that your product has a CITES permit before you part with your cash.

Tiger products - Don't buy.
Owning a tiger as a pet, as well as tiger skin rugs and coats is gaining cachet in some elite circles. There are around 5,000 tigers left in the wild and populations are under immense pressure from habitat loss and poaching. All international trade of tiger products, whether used in traditional Asian medicine, as souvenirs or for "good luck" charms, is illegal. 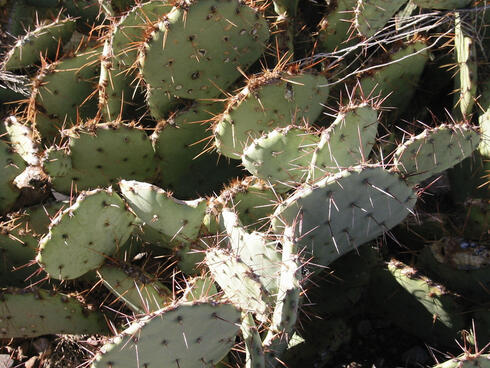 Cactus - Buy carefully.
The prickly plant trade may be popular, but watch out: There is a flourishing illegal trade in species dug up from the wild that is wiping out native populations, particularly from Mexico. Some species are totally banned from international trade and some require an import permit. While the majority of cacti for sale have been artificially grown in nurseries and are legal, cacti that are imported into a country do require a permit. So when in doubt, check the paperwork!

Coral products - Buy very carefully.
Slow-growing and long-living corals are collected for jewelry and ornamental purposes, but intensive collection threatens reefs. For example, red coral, a popular coral found only in the Mediterranean and used for jewellery, has become locally extinct due to overharvesting. If you plan to bring it home from overseas, make sure you find out if you need a CITES permit. If buying at home, ask the retailer if the coral was imported with the necessary CITES permit.