In Photos: Saving Polar Bears in a Warming Climate 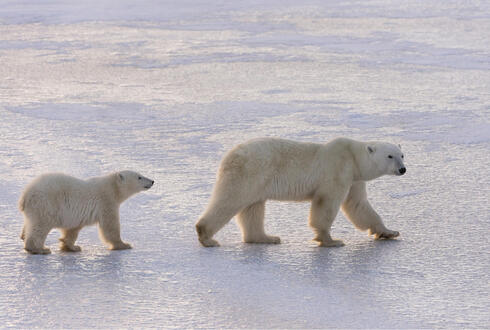 Because of ongoing and potential loss of sea ice habitat resulting from climate change, polar bears were listed as a threatened species in the U.S. under the Endangered Species Act in May 2008. With your support, WWF advocates directly for governments to recognize and mitigate the effects of climate change on polar bears, studies how shrinking sea ice may be affecting wildlife and works to prevent unintended and potentially fatal encounters between polar bears and people.

View the slideshow below to learn more about polar bears and a recently-announced plan by Canada, Denmark, Norway, Russia, and the United States to prevent this remarkable species from going extinct.

Learn more about all that WWF is doing to save polar bears and the Arctic with your support.