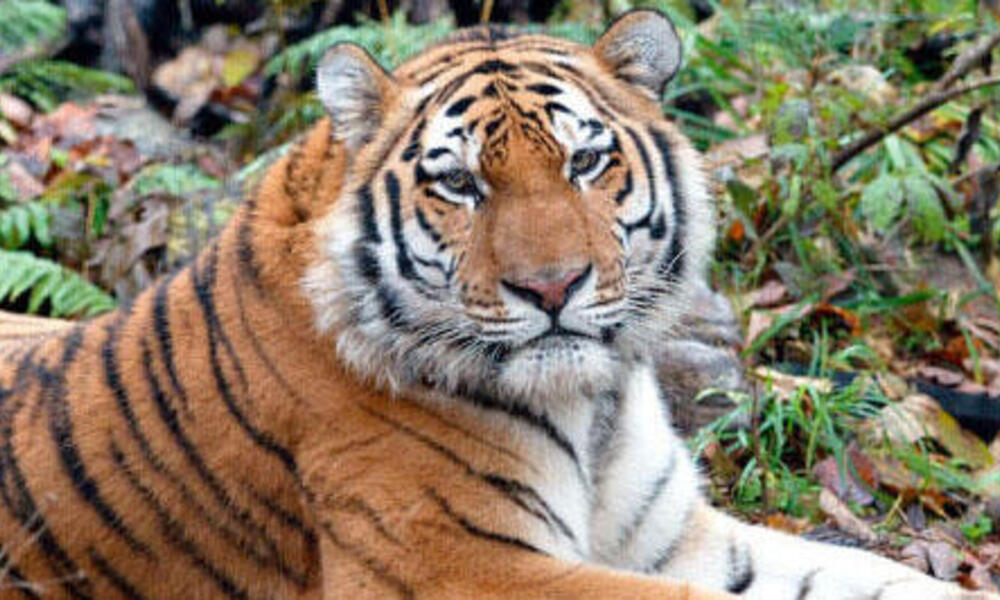 An Extraordinary Animal Under Threat

Amur tigers were once found throughout the Russian Far East, northern China, and the Korean peninsula. By the 1940s, hunting had driven the Amur tiger to the brink of extinction—with no more than 40 individuals remaining in the wild. The subspecies was saved when Russia became the first country in the world to grant the tiger full protection.

Today there are an estimated 450 Amur tigers in the wild. They have the largest home range of any tiger subspecies because low prey densities mean they have to search over large areas to find food. This habitat, though, is under serious threat from large-scale illegal logging in the Russian Far East. In 2013, WWF released a report revealing that Russia’s forest sector has become deeply criminalized. A lack of law enforcement allows illegal loggers to devastate valuable timber stocks of oak, ash, elm and linden. The overharvesting of these trees limits the supply of pine nuts and acorns—the main food sources for Amur tiger prey.

Amur tigers are also under threat from poachers who sell their parts in the illegal wildlife trade. Today poachers in the Russian Far East are better armed, more organized and faster than their predecessors, and they often have international links.

WWF is on the frontlines working to protect Amur tigers and the exceptional forests they inhabit. Our scientists and experts are partnering with lawmakers, companies and communities to monitor tiger populations, strengthen anti-poaching operations, improve intelligence and law enforcement to eliminate illegal logging, protect habitat, increase prey populations, and raise public awareness.

WWF has played a prominent role in engaging Russian policymakers to protect the Amur tiger and leopard and conserve the forests they inhabit. In July 2013, President Putin signed a new law that imposes significantly tougher punishments for wildlife crimes, including the poaching, illegal trade, transportation or storage of Amur tigers and leopards. In addition, Putin issued a special list of orders—including changing hunting and enforcement regulations—to increase protection for these rare animals. This list was based largely on recommendations from WWF.

WWF has also supported on-the-ground anti-poaching operations to monitor protected areas in the Russian Far East. We provided equipment and training to rangers, including 89 rangers in Primorsky province and 55 rangers in Khabarovsky province. In addition, WWF forensic and biology experts contributed to 36 wildlife crime investigations, including the illegal shooting of one tiger and the arrest of an illegal leopard skin trader. 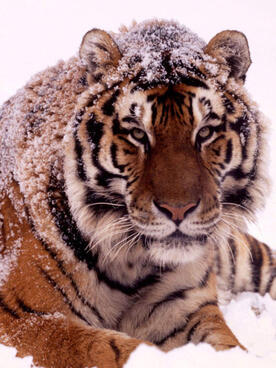 Protecting Tiger Habitat
President Putin is supporting WWF’s proposal to create new buffer zones around national parks and federal nature reserves in the Amur tiger range and to establish a national park in the Bikin River to be managed in collaboration with indigenous people.

In addition, WWF was behind the recent decision by the government of Khabarovsky province to create three new ecological corridors for tigers to travel between protected areas in the region. This announcement was the culmination of a decade of work by WWF and our partners. The three corridors cover more than 255,000 acres of forest and will help tigers move into new territory, which is vital for their population growth.

To improve protected area management, WWF has spearheaded important research, provided training to park staff, and monitored tiger populations. We recently set up 21 new camera traps to photograph tigers in the wild to improve understanding of their population distribution.

WWF is also working with the Russian government and private landholders to increase food sources for wild ungulates, thereby increasing tigers’ prey base.

On a regional scale, WWF experts have led research and collaboration to advance long-term protection for the Amur River basin and to identify and help mitigate impacts from potential hydropower development there. In addition, WWF has been instrumental in promoting transboundary cooperation between leaders in China and Russia to develop a network of protected areas that allow tigers to roam between the two countries.

WWF experts worked with forest rangers to organize a number of raids to uncover illegal logging activities in the Khabarovsky and Primorsky provinces. These raids found nearly 44,000 cubic feet of illegal timber and resulted in arrests and the confiscation of equipment. The illegal loggers went to great lengths to disrupt the work of rangers and WWF by, for example, placing bars of metal with sharp rebar spikes within deep puddles and streams to damage car tires. Journalists from one of the province’s major television stations recorded one raid and produced a news story. In addition, WWF experts took part in an annual multi-agency enforcement sweep in Khabarovsky that uncovered four cases of illegal logging.

In August 2013, WWF experts Brian Milakovsky (Russia) and Linda Walker (U.S.) conducted a webinar for 43 representatives from U.S. flooring and furniture importers on ways to ensure legality when sourcing wood from the Russian Far East. That same month, WWF also signed a comprehensive agreement with the Terneyles group of companies to protect high conservation value forests, conserve biodiversity during logging operations, and prevent illegal logging on the group’s 7.1 million acres of timber leases in the Russian Far East. The agreement came after eight years of dialogue and negotiations between the group and WWF. We are hopeful that this marks the beginning of a productive cooperation between WWF and the largest forest leaseholder in Primorsky province.

Another big win came when the Environmental Investigation Agency—an independent, international organization—released a report that alleged that a major U.S. timber importer violated U.S. law by failing to conduct due diligence on wood coming from a region of China where illegal logging is rampant. The report drew heavily on investigations conducted by WWF. Just days after the publication, the U.S. Department of Homeland Security initiated an investigation into the company, and the company’s stock prices rapidly dropped.

WWF is grateful to our supporters for helping us to protect Amur tigers and the forests where they live. We are leading critical work to fight poachers, root out illegal logging and expand the amount of forest under effective conservation. This spectacular region, with its beautiful hardwood forests and rare predators, needs defenders to ensure its continued vitality over the long term.