Since 2009 CVS/pharmacy has supported WWF through a combination of cause related marketing and sponsorship activities. In Fall 2009 CVS/pharmacy launched the Green Bag Tag loyalty program, which rewarded ExtraCare cardholders with ExtraBucks every time they declined a plastic bag and scanned their Green Bag Tag - a small, leaf-shaped card made of 100% recyclable and renewable materials made available in stores for 99 cents. Beginning in April 2010 for one year, CVS/pharmacy donated 5 cents to WWF, up to $125,000, for every Green Bag Tag purchased with a guaranteed contribution of $100,000. During the promotion one million different people used their Green Bag Tag, resulting in over 20 million scans and more than $4 million in ExtraBucks earned. CVS rolled out a marketing campaign that included a nine-city ground media tour, video news release, press release, national circular, in-store radio & signage, social media, e-blast and website presence. 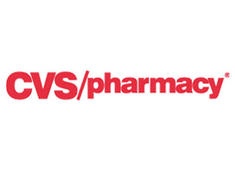