In 2007 and 2008, New Line Cinema chose WWF as their cause marketing partner for the release of the The Golden Compass to help raise awareness of the plight of the polar bear with donations to WWF exceeding $200,000. Prior to the film’s release, The Golden Compass website featured a quiz to discover one’s own animal spirit and linked that spirit to WWF’s symbolic animal adoption program; New Line matched all animal donations for one year. In addition, Scholastic teamed up with New Line and WWF to develop a 3-month in-school marketing program that included a teaching guide and website around endangered animals. Student sweepstakes prizes included hometown movie screenings, WWF polar bear adoptions, box sets of His Dark Materials trilogy, movie passes and DVDs. The film’s main character, Lyra, voiced a WWF PSA that preceded the film in theaters to illustrate the plight of real polar bears in the wild and what WWF is doing to help protect them. The PSA generated over $6.6 million in donated media and was also included on the DVD. New Line created a special educational DVD insert which featured WWF’s work on protecting the various species highlighted in the film. The insert also promoted WWF’s symbolic adoption program.

As a partner of the film, The Coca Cola Company launched a multifaceted marketing campaign, marking only the fourth time they had done a Global Concession Program of this kind. Coke promoted the multi-party partnership through theater displays, two million popcorn bags, 12 million co-branded cups that featured a tie-in to the MyCokeRewards program, on-screen advertisements promoting The Golden Compass – WWF partnership that generated 30 million consumer impressions, and a sweepstakes on MyCokeRewards.com to win a WWF trip for four to see polar bears in the wild in Manitoba, Canada. 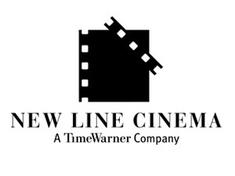