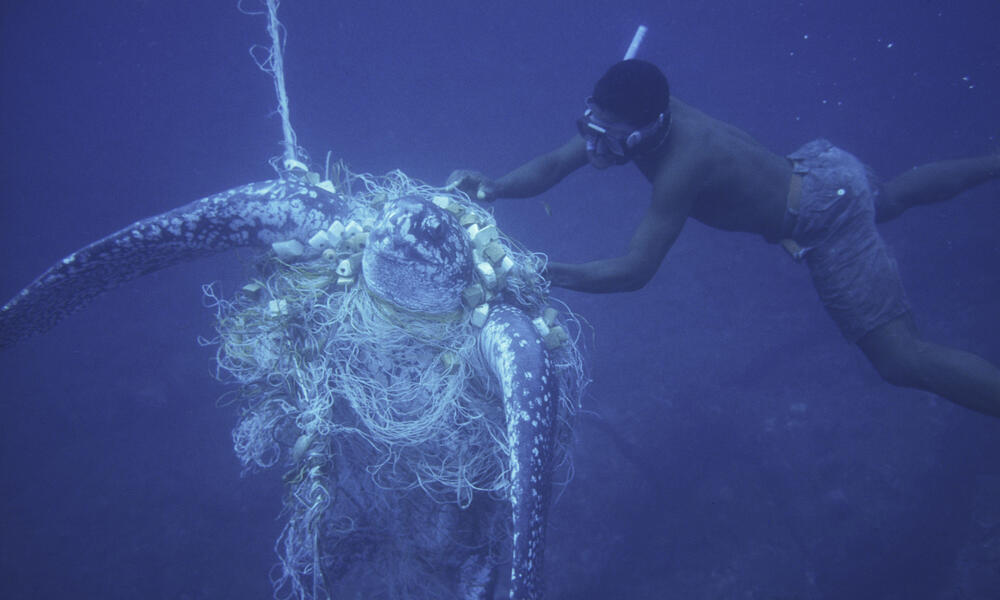 Unsucceful attempt by a diver to rescue a Leatherback turtle (Dermochelys coriacea) caught in a net. After days of struggle, it finally drowned after resurfacing a few times. Principe, Sao Tome and Principe. (end 1999). During the reproduction season, fishermen set up nets during the night, in front of the beaches, to catch 5 marine turtles' species that reproduce in the Gulf of Guinea. The leatherback isn't a common species in this area, and the nets are too small for it.