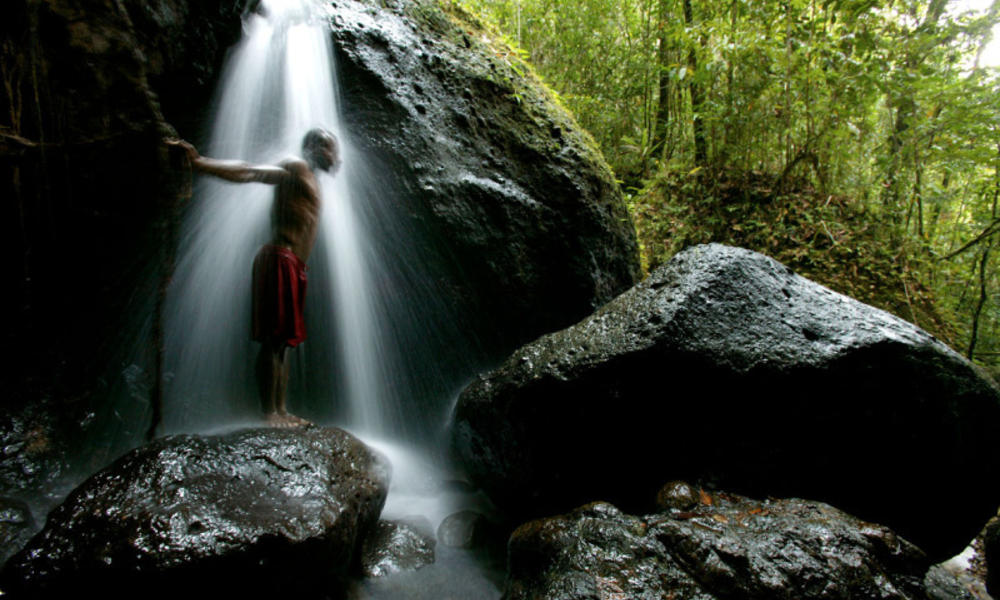 Leo Sunari, Sustainable Resource Trainer for WWF Papua New Guinea, under a waterfall that feeds into the April River, a tributary of the mighty Sepik River, in the province of East Sepik. This shot was taken towards the end of the dry season, and the waterfall, though powerful, was a mere trickle when compared to its wet season equivalent. This particular spot was said to be important for Papua New Guinea's famed birds of paradise, though we saw none at this time. Papua New Guinea. December 2004