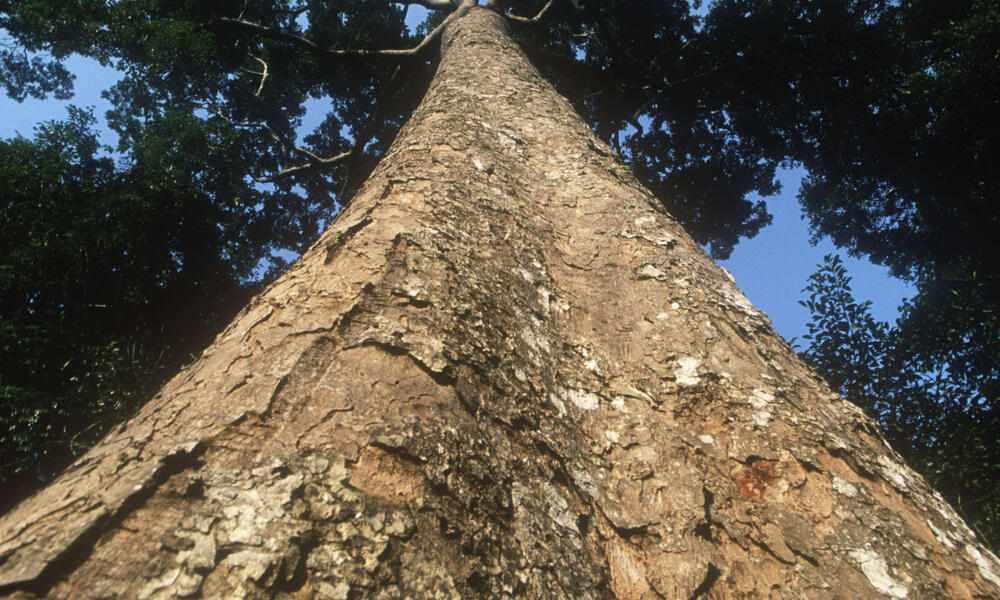 African mahogany , Entandrophragma cylindricum. Trees such as this one are a major source of African mahogany, an important commercial logging species of Central Africa. Growth rates are amongst the slowest in the genus. This species is scattered in semi-deciduous forests. Exploited heavily throughout its range. Genetic erosion caused by the large-scale depletion of mature individuals from populations has taken place in some countries. There are protected populations and felling limits in various countries. Central Africa.