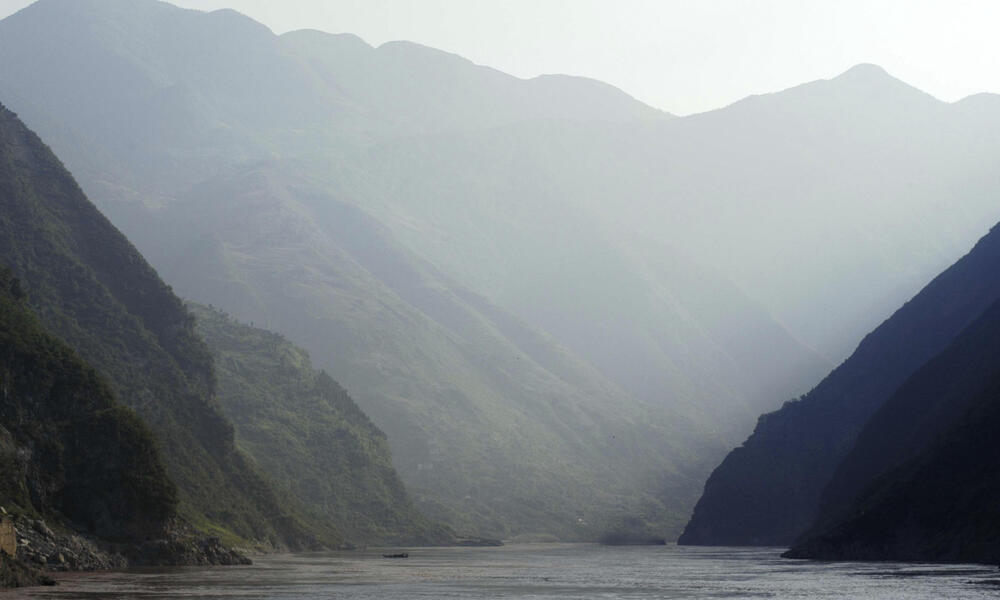 The Yangtze River is home to some of China's most spectacular natural scenery, a series of canyons the Qutang Gorge, Wuxia Gorge and Xiling Gorge, collectively known as the Sanxia, or Three Gorges which will be partly flooded after the Three Gorges dam is finished. Coursing over a distance of 6,380 kilometers, the mighty Yangtze is the longest river in China and the third longest in the world after the Amazon in South America and the Nile in Africa. It is also a cradle of ancient Chinese civilization. China