The Arctic is a region like no other in the world and it’s warming twice as fast, bringing with it rapid change impacting life on land and at sea.

About 4 million people live in the Arctic, spread out over eight countries, including the United States. Diverse landscapes—from the sea ice to coastal wetlands, upland tundra, mountains, wide rivers, and the sea itself—support abundant wildlife and many cultures. Of all the wildlife in the Arctic, the polar bear is the most fitting icon for this region. It's amazing adaptation to life in the harsh Arctic environment makes it an impressive species.

Within America’s Arctic, the remarkably productive waters of the Bering Sea attract marine mammals, such as gray whales, which travel great distances to forage and raise their young. Almost half of the fish caught in the United States comes from here making fisheries vital to local livelihoods. Across the Bering Sea in Russia, the Kamchatka Peninsula’s river systems produce up to one-quarter of all wild Pacific salmon. The salmon provide nourishment to other wildlife, including the Kamchatka brown bear.

The Arctic, including the Bering, Beaufort and Chukchi seas, now faces an uncertain future due to climate change, mining, shipping, oil and gas development, and overfishing.

A big win for the planet – and people – in Alaska

A 44,000-acre conservation easement will protect four of the world's most important rivers for salmon habitat. 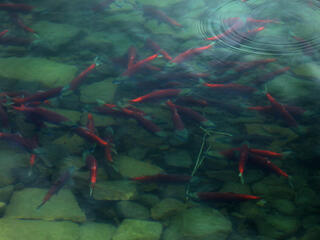 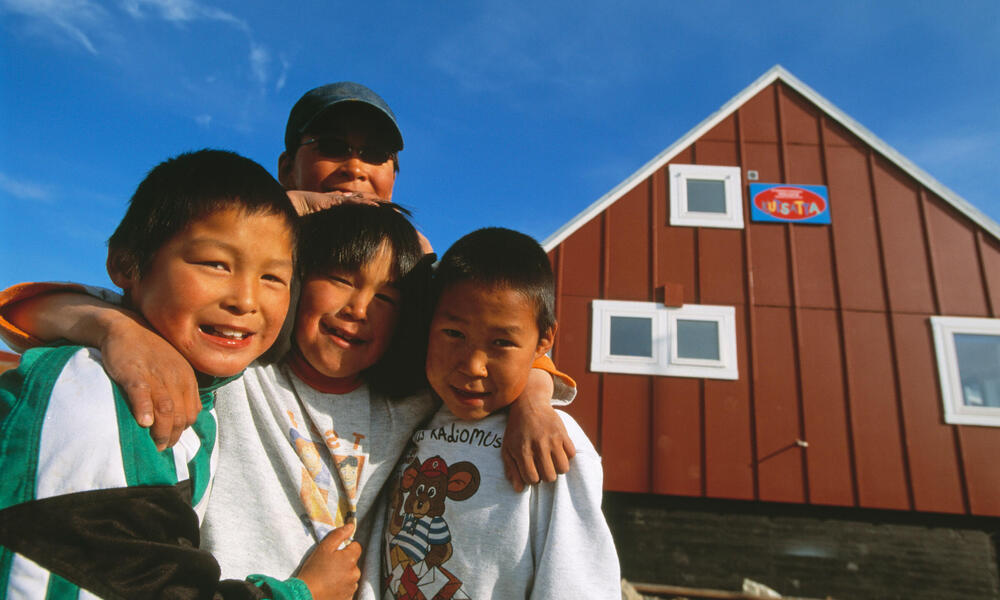 WWF recognizes that "ivory" refers to material from several species in addition to elephants, including mastodon and mammoth tusks, hippopotamus teeth, narwhal tusks, and walrus tusks. These types of ivory are exempt from the US federal elephant ivory ban, and it is legal for Alaskan indigenous people to hunt walrus and sell walrus ivory carvings. Many remote coastal communities in Alaska depend on walrus for food. Walrus are culturally and economically important for these communities, and the tusks are often carved into jewelry and artwork. Learn more.

Living in the Arctic

In the Arctic, nature operates at extremes. The climate is intense, landscape often treacherous and weather can be brutal. No matter the season, everyday life for the 4 million people living in the region is inextricably linked to the environment.

As a rapidly warming climate brings on new conservation challenges, these problems impact both people and the nature. Shrinking sea ice forces polar bears to spend more time on land, and people and bears can come into conflict. New ambitions to drill for oil and gas bring never-before-seen risk to regions that are home to some of the most pristine habitats (or landscapes) and unique wildlife on the planet.

Arctic indigenous peoples are acutely aware of these growing tensions. They’ve lived off the land and hunted animals for food, clothing, and other essential uses for generations. Such a way of life is threatened almost daily by climate extremes.

The Arctic Council reports that roughly 400,000 indigenous people live throughout the Arctic. They speak over 40 languages, some of which have few remaining speakers. Still, estimating numbers of Indigenous people in the Arctic is difficult. Not everybody collects the numbers, and different countries define “indigenous” differently.

The Arctic has four of the world’s 10 major fisheries, including salmon and pollock, along with a substantial amount of community-based and subsistence fishing. Access to fishing is a significant opportunity for Arctic peoples but climate change and the world’s growing appetite for fish creates new stresses on the ocean. WWF supports proactive fisheries managers of Alaska’s waters who have prohibited the expansion of trawl fisheries into the northern Bering Sea until fish stocks can be understood and managed sustainably.

The release of greenhouse gasses from the burning of fossil fuels and other sources is causing temperatures in the Arctic to warm at twice the rate of the rest of the world, resulting in lower levels of sea ice, melting permafrost and rising sea levels all over the world. The decrease in volume and extent of Arctic sea ice has serious implications for marine mammals that depend on the ice for their survival, such as ringed seals and polar bears. The burning of fossil fuels is also making Arctic waters more acidic, harming zooplankton species like pterapods—the very base of the Arctic’s rich food chain—as well as corals and shellfish.

Drilling for Oil and Gas 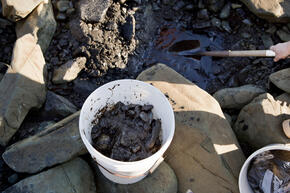 Much of the world’s untapped oil reserves lie offshore, beneath the Arctic's biologically productive waters. Exploring and developing these resources in the remote and unforgiving Arctic comes with extreme risks. Oil spills can kill birds, fish and marine mammals, as well as the smaller organisms that provide food for these larger species. There is no proven technology that allows for the complete containment of oil spilled in the marine environment. These challenges are even greater in the extreme conditions of the Arctic, where storms are frequent, ice is still present for much of the year, daylight nonexistent during the winter, and response infrastructure is more than 1,000 miles away. Oil development can also generate life-threatening levels of ocean noise pollution for marine mammals.

Some Arctic regions contain valuable minerals, including copper, gold, and coal. One such area lies at the headwaters of two of the most productive rivers that feed into Bristol Bay. If permitted and constructed, the proposed Pebble Mine would be the largest open-pit copper and gold mine in North America. Based on current projections, the mine would permanently destroy miles of important salmon habitat and generate up to 10 billion tons of toxic waste. Release of this toxic waste would devastate freshwater ecosystems and impact the region’s unmatched salmon runs as well as the communities, commercial fishing industry, and wildlife which depend on them. 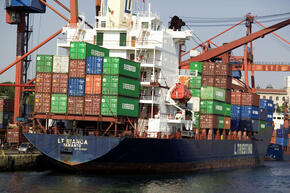 Climate change has brought on longer open water seasons, which coupled with the growing pressures of globalization, means more of the Arctic’s waterways are opening for travel and commercial transportation. Ship traffic in the Bering Strait alone, the narrow waterway between Alaska and Russia, is likely to increase in the coming years. More ships means a greater risk of wrecks, spills, noise, pollution, and the introduction of non-native species. Still, much of the Arctic Ocean has not been adequately surveyed and there a lot of work to be done to establish new routing and regulations. Learn more about what the US and Russia should do to protect the wildlife of the Bering Strait. 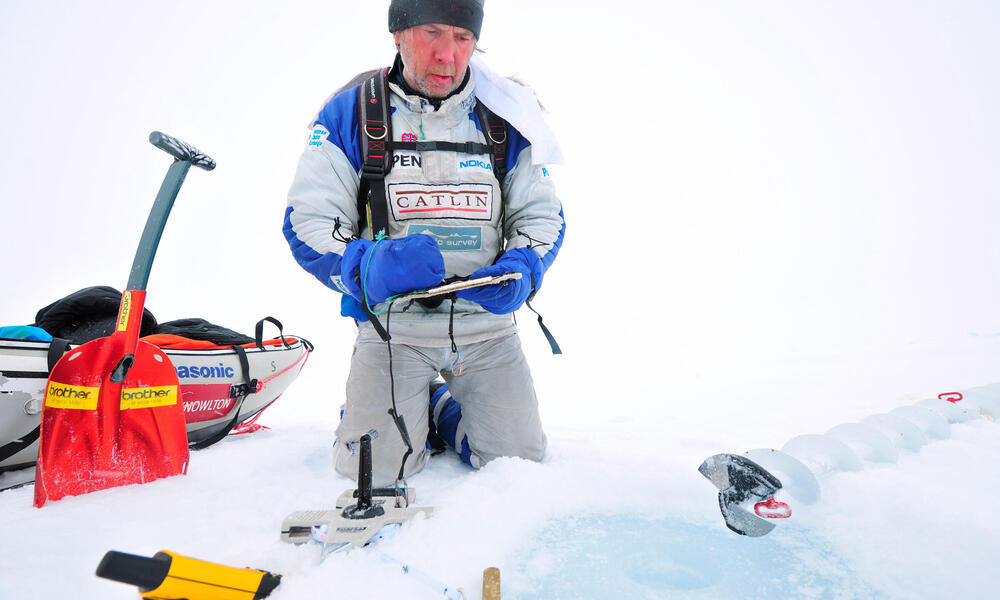 Our vision of a well-managed, biodiverse Arctic is one where key habitats, ecosystems and populations of priority species are shielded from the direct pressures of human activity. This means establishing a network of specially managed marine areas across the Arctic to protect marine life and help it adapt to changing conditions. WWF is also working for the implementation of effective management measures to complement these areas. In addition, WWF has a work stream dedicated to reducing the major threat to biodiversity in the Arctic—climate change.

As the climate changes, Arctic ecosystems are under growing pressure from industry seeking to expand. Activities including oil development, mining, shipping and cruise tourism are often presented as potential pathways to economic development opportunities. While WWF works to ensure that this development is sustainable, we also work to make certain that economic growth is sustainable and conserves the Arctic’s unique places and species.

WWF continues to engage in efforts to prevent new oil and gas drilling in America’s Arctic as well as ensure that local communities have access to renewable energy options. Our work is also focused on fishing that is sustainable, certified and returning the maximum benefit to local communities.

WWF actively engages with numerous local, national and regional institutions responsible for governing various activities in the Arctic. This work includes the Arctic Council, the high-level intergovernmental forum on Arctic conservation and sustainable development. WWF has been an Observer since 1998.

In 2017, WWF completed the first-ever assessment of the implementation of Arctic Council conservation-related direction, the WWF Arctic Council Conservation Scorecard. This project will continue to assess the implementation of Council direction together with national governments, encouraging them to provide reporting and advocating for a more effective and transparent Council.