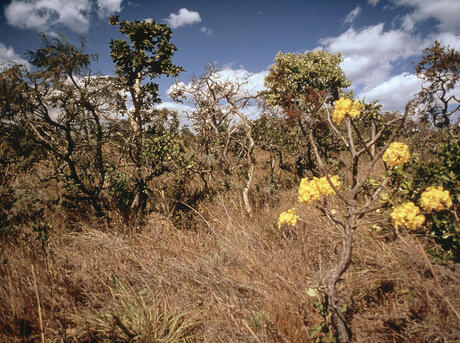 The Cerrado savanna, which lies mostly in Brazil, has never received the same attention as its more glamorous neighbor, the Amazon. Yet it is the world’s most biodiverse savanna, home to 5% of the planet’s animals and plants. It's also critical for supplying clean water and sequestering carbon, the process of storing vast amounts of carbon in the soil to act as a buffer against climate change.

Since the 1950s, however, agricultural commodity production—most recently, the rapid expansion of soy and beef production—has driven the loss of about half of its native vegetation. By 2030, the Cerrado is projected to lose tens of millions of additional acres of native vegetation. With that, the world will lose an irreplaceable biome that is pivotal for preserving nature and tackling the climate crisis.

What’s more, the global food and agriculture industry contributes roughly one-third of the world’s greenhouse gas emissions. Expansion of agriculture is responsible for more than 90% of global deforestation followed by conversion to farmland, driving significant biodiversity loss. The Cerrado faces the most aggressive and intense soy expansion in the world, where 98% of the deforestation and habitat destruction in the last year is due in part to illegal deforestation. Habitat conversion in the Cerrado has reached the highest level since 2015, with widespread fires caused by humans. If destruction of the Cerrado and other valuable carbon sinks does not stop by 2030, the world will not be able to meet its global climate change goals. On top of that, many food companies who use commodities from this region will not be able to meet their own goals through the Science-Based Targets initiative, a coalition that helps companies set emission reduction targets in line with climate science.

With the destruction of forest, savanna, and natural grasslands for the rapid expansion of unsustainable agriculture, the Cerrado’s rural communities and wildlife stand to suffer the most. This savanna is habitat for about 200 species of mammals, 860 species of birds, 180 species of reptiles, 150 species of amphibians, 1,200 species of fish, and 90 million species of insects. Giant anteaters and armadillos are among its 60 vulnerable animal species, 12 of which are critically endangered. Of its more than 11,000 plant species, nearly half are found nowhere else on Earth, and local communities rely on many of them for food, medicine, and handicrafts.

The region also locks up a massive amount of carbon, as its small trees have deep root systems. About 70% of the biomass of this “upside-down forest” is underground, and recent studies suggest it may hold about 118 tons of carbon per acre. If destruction of the Cerrado is not stopped, the global commitment to cap global warming at 1.5 degrees Celsius will become unattainable.

The Cerrado is also extremely important as a source of water. Of 12 major hydrological regions in Brazil, six begin in the Cerrado, including the Pantanal, the world’s largest wetland. Nine out of 10 Brazilians use electricity generated by water originating in the Cerrado savanna.

Rangelands cover 54% of the planet’s land surface and millions of people depend on them for their livelihoods and food security. Despite their significance, only 12% of rangelands are protected
Continue Reading h More Stories h 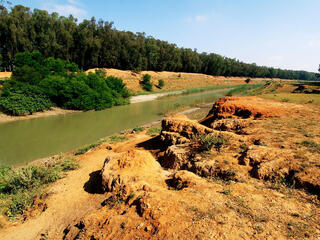 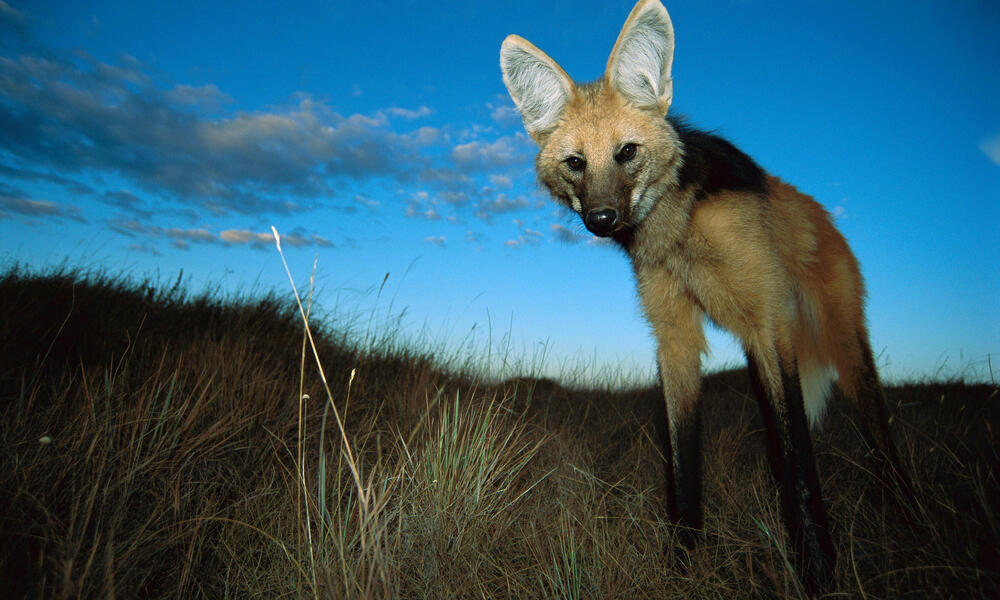 The maned wolf is one of the "Big Five" of the Cerrado.

Maned wolves, armadillos, and giant anteaters are among the many animals living in the Cerrado.

Dozens of Indigenous and local communities rely on the Cerrado. The region today is populated by diverse groups including remnants of escaped enslaved communities (quilombolas), small-scale livestock farmers, communities specializing in the breaking of babaçu palm nuts, and many others. Government data has shown that the rate of Cerrado deforestation in Indigenous territories is less than one-fifth the rate in protected areas, suggesting that maintaining cultural diversity is closely linked to wildlife and plant life conservation. 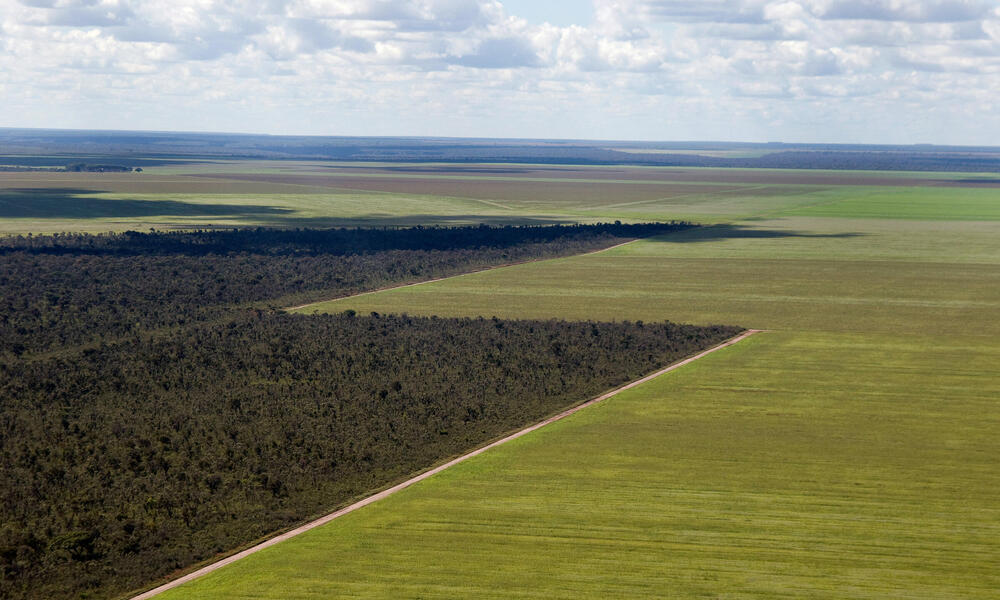 By releasing carbon stored in the soil and in trees, and diminishing the land’s ability to re-absorb it, deforestation and conversion of native vegetation to farmland drives global climate change. Indeed, converting habitat in the Cerrado for cropland and pasture generates 551 billion pounds of carbon per year, equivalent to the annual emissions of 53 million cars.

Locally, the loss of forests and grasslands also has negative impacts on climate, leading to higher temperatures, reduced rainfall, prolonged droughts, and more frequent fires. Ironically, due to global and local factors, climate change is forecast to decrease agricultural productivity in Brazil by up to 17% nationwide.

Historically, cattle ranching is one of the main causes of conversion of savanna to farmland, totaling about 150 million acres to date. While the Cerrado was once thought to be unsuitable for agriculture, new technologies and techniques have allowed farming to spread rapidly over the last 40 years. Since 2000, soy, along with other crops such as corn, cotton and sugarcane, has expanded into extensive areas.

The conversion of the Cerrado isn’t just continuing as Brazil’s soy production expands—it’s accelerating. As of August 2022, the Cerrado, which accounts for roughly half of Brazil’s soy production, has seen a 28% increase in deforestation and conversion compared to the first seven months of 2021, while the Amazon had seen a 7% increase. As these landscapes are destroyed, the world’s collective ability to preserve a livable planet for people and wildlife grows far more difficult. 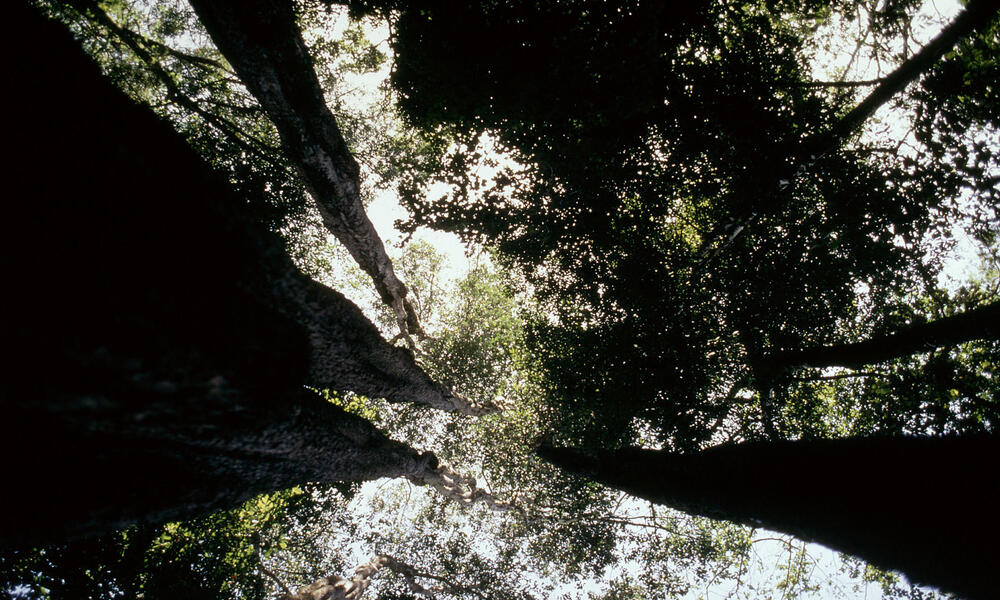 WWF works with a range of stakeholders—soy and beef producers; traders, consumer brands, and retailers; financial institutions; governments; and civil society—to eliminate the conversion of forests and grasslands for soy and beef production.

Companies that buy soy and beef—from traders to consumer brands to supermarket chains—have the influence to drive better production. WWF is working with these companies to develop and implement sourcing policies that eliminate deforestation from their supply chains originating in the Cerrado.

Through beef and soy roundtables, WWF is working across commodity supply chains to develop third-party-verified principles and criteria that improve the sustainability of production and minimize impact on key habitats like the Cerrado.

WWF works with soy farmers and cattle ranchers to reduce the impacts of their production in the Cerrado and to eliminate the need for deforestation and conversion by increasing efficiency and productivity on land already in use. In fact, soy producers can rehabilitate and use up to 100 million acres of degraded, marginal land in the Cerrado that have already been cleared for soy production, allowing a 170% increase in soy production without expanding the loss of habitat. Increasing productivity on Brazil’s pasturelands by about 50% would liberate enough land to meet growing demand for beef and crops without cutting a single tree.

WWF is working with public financial institutions and private lenders and investors to use the power of capital to drive environmentally sustainable production and sourcing practices. By using financing tools or basing interest rates on sustainability criteria, financial institutions can shield themselves from risk while also protecting the Cerrado.