A Healthy Tuul River for Mongolia 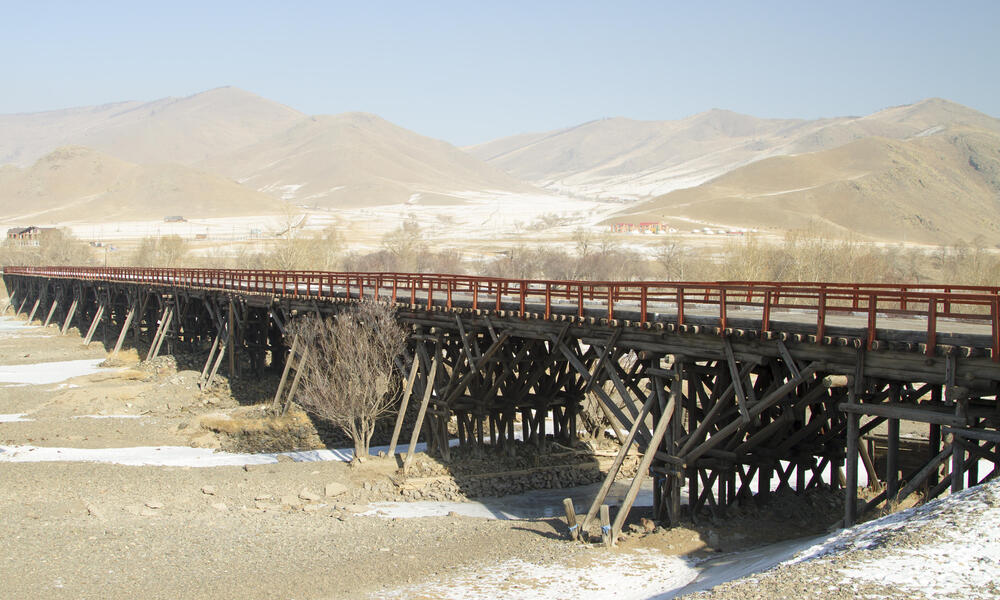 The Tuul River forms in northern Mongolia’s Khentii Mountains—the same mountain chain where Genghis Khan was born and is thought to be buried. These sacred origins carry downstream, where the river has been revered throughout Central Asian history. Often called the Queen Tuul, the river has long been known for beautiful landscapes and abundant wildlife. As a frozen river, it’s overtaken by ice for almost half of the year.

Besides its beautiful landscape, sacred origins, and uniquely cold characteristics, the Tuul is critical to most Mongolians. The basin covers only 3.2% of the Mongolian territory but holds nearly 45% of the country population. Ulaanbaatar, the capital city and home to 1.38 million, is located on the river and is the basin’s single largest consumer of water. Outside of the city, the Tuul plays an essential role in the nomadic lifestyle, which is important to the cultural heritage of the country. Economically, about 68% GDP of Mongolia is produced in the Tuul River basin.

Unfortunately, as Mongolia develops, the river that fuels so much of its growth suffers. Wildlife, including aquatic species like the sturgeon, have all but disappeared. More people are moving to the city of Ulaanbaatar, increasing impacts from consumption and pollution. But the city’s archaic sewage treatment plant can’t handle the waste it already receives, leaving the river grey and smelling like raw sewage for miles. Over-demand causes the river to run dry for part of the year, yet there are more new licenses to pump water every year. Heavy mining activity damages water quality, along with high grazing pressure. The changing climate exacerbates these threats. Without action, this sacred river will fail to meet the needs of people and nature.

The Tuul River Basin Authority, with the support of WWF and University of Maryland Center for Environmental Science and the participation of stakeholders from the government, local representatives, academic institutions, and private sector, are developing a basin health report card. Created by the people who live and depend on the river’s well-being, this report card will reveal the current state of the Tuul, identify key threats, and propose solutions to the pressing issues facing this critically important basin.