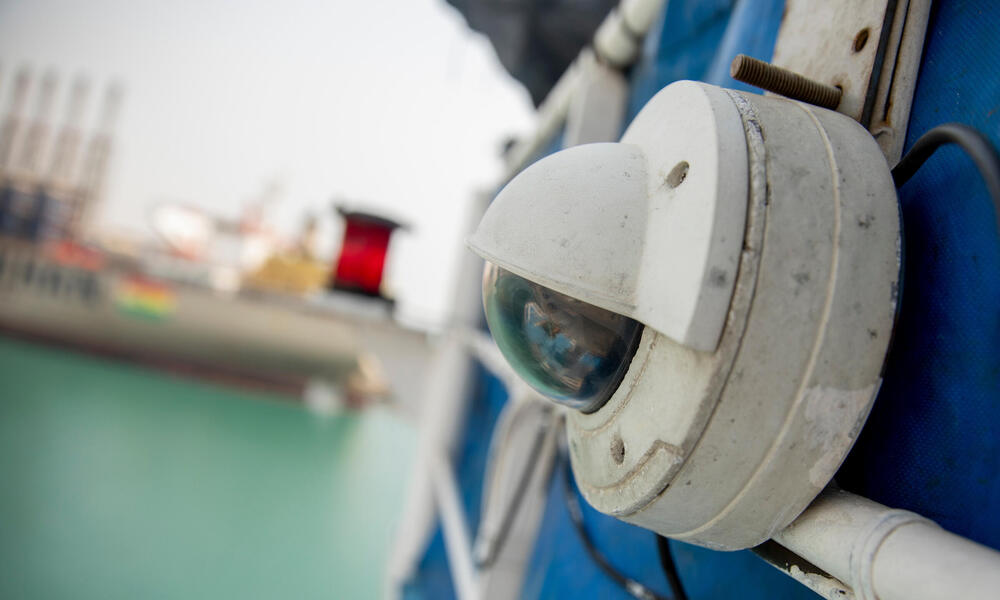 Overfishing is one of the most urgent threats facing the ocean and marine wildlife. When fishers catch more than wild populations can replace through natural reproduction, they can negatively impact entire ecosystems. There are consequences for people, too.

Addressing the issue of overfishing in international waters—those areas beyond any one country’s jurisdiction—requires having a complete understanding of who is fishing, what they’re fishing, and where they’re catching it. Collecting this information in a reliable way has applications for science and research, as well as policy and management. It can even be used to ensure legal trade.

A pilot project that concluded in 2019 demonstrated electronic monitoring is a cost-effective way to improve the transparency of fishing activities in the Atlantic Ocean. 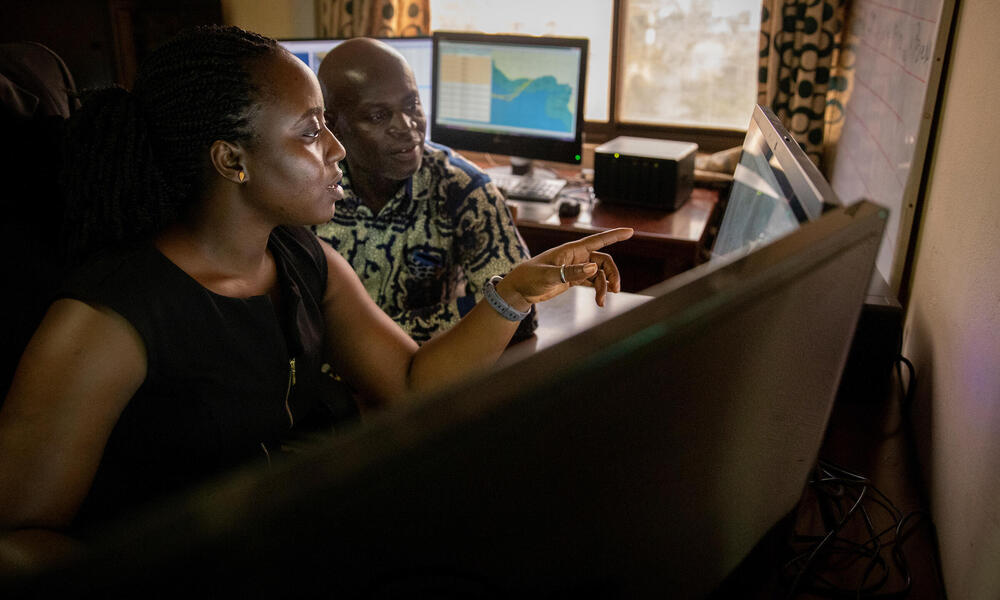 Most people live and work within an hour’s drive of Ghana’s more than 300 miles of coastline. Today, the government estimates that the fish and seafood trade alone supports 10% of Ghanaians. When viewed as a commodity, tuna fuels Ghana’s seafood exports, which generates thousands of jobs. Large-scale industrial and artisanal fishers catch several species of tuna in the Gulf of Guinea and in the greater Atlantic, including skipjack, which is typically processed and canned.

The prospects for sustaining Ghana’s tuna industry have been met with challenges, including tension with neighboring countries over fishing grounds. In recent years, the European Union warned that tuna exports from Ghana could grind to a halt due to allegations of illegal, unreported, and unregulated (IUU) fishing activity. The EU is the largest market for Ghana’s tuna, and if Ghana were unable to export to the EU, the entire industry could collapse.

The Common Oceans ABNJ Tuna Project—funded by the Global Environment Facility and implemented by the Food and Agriculture Organization of the United Nations—chose Ghana as the site for this work due to its expansive tuna fishing footprint, as well as its need to bring order to observer coverage. WWF led the effort in partnership with the International Seafood Sustainability Foundation and the Ministry of Fisheries and Aquaculture Development of the Republic of Ghana.

In October 2015, five vessels were outfitted with equipment to observe individual vessel operations at sea. At the same time, the government of Ghana established a unit of land-based observers, to review the image data collected at sea.

The team of land-based observers was trained to analyze the footage and data to provide estimates of the catch, including targeted fish species and other marine life, known as bycatch. The observers are also on watch for any potential infractions happening on board of the vessels. 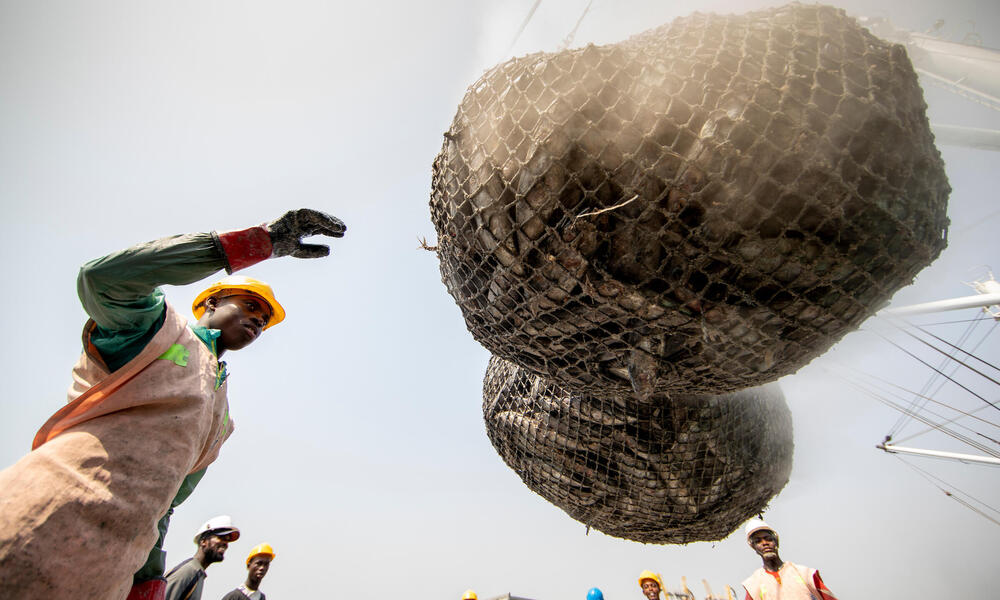 At the close of the pilot in 2019, all 14 active purse seine tuna fishing vessels—boats that use large nets to catch fish—flagged to Ghana were equipped with electronic monitoring systems on board, and nearly all fishing trips were being monitored and analyzed.

These onboard systems consist of six cameras that can record at all times during a fishing trip, allowing observers to monitor all activities. These systems also connect with each vessel’s existing monitoring scheme, which includes satellite geolocation capabilities.

During the pilot phase, observers monitored a total of 163 fishing trips and observers reviewed 94% of those trips. This rate of coverage complements existing at-sea observer data collecting efforts.

The Next Steps A cost-effective way to monitor fishing 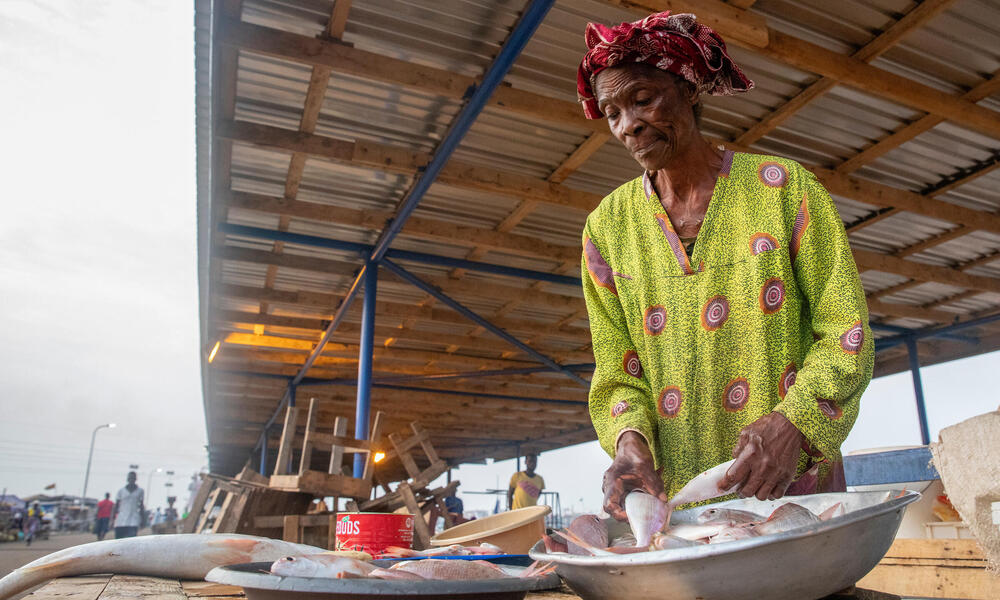 A business case incorporating this finding has been presented to the government, as well as tuna industry leaders. This analysis highlights several areas where Ghana can advance beyond the pilot phase of this project, including:

The government of Ghana, as well as the country’s tuna industry, have an opportunity to advance electronic monitoring throughout the region. In addition to peer-to-peer knowledge sharing and training, the framework exists for Ghana to expand the use of monitoring technologies beyond the purse seine fleet.