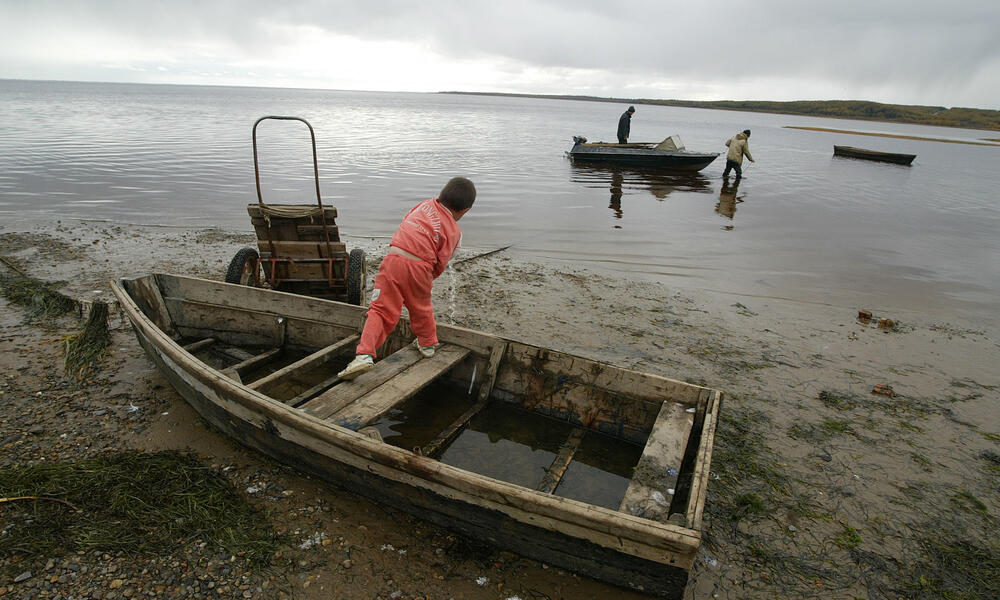 Among indigenous communities of Western Alaska and Eastern Russia, Chinook and chum salmon are essential elements of nutritional, cultural and economic life. Salmon are also essential to bears, eagles and for nutrient transport from the ocean to the banks of rivers. WWF works with indigenous communities to ensure these salmon remain abundant in the Bering Sea for subsistence, recreational and commercial harvest.

Salmon are at Risk

Chinook and chum salmon are increasingly at risk. Some salmon runs have been depleted so greatly that subsistence users cannot harvest enough fish to sustain themselves and their families through the year. One source of depletion is industrial fisheries, which kill salmon they accidentally catch in the hunt for other fish, a practice called bycatch.

In 2005 alone, more than 700,000 unwanted chum salmon were pulled in and discarded by the industrial Bering Sea Pollock fishery. This wasteful practice robs local communities of an essential food source, impacting their socio-economic and cultural life.

What is WWF Doing to Help?

In 2009, WWF and partners testified before the North Pacific Fishery Management Council about the hardship to indigenous people and the environmental damage caused by the lack of effective bycatch regulation. In 2010 and 2011, WWF facilitated public input to Council decisions regarding bycatch limits.

WWF and partners also trained more than 25 tribal and village leaders and residents from Western Alaska in May 2011. The participants learned:

With this knowledge, the regional tribal leaders are now able to more assertively protect the needs of their people and the wildlife on which they depend.