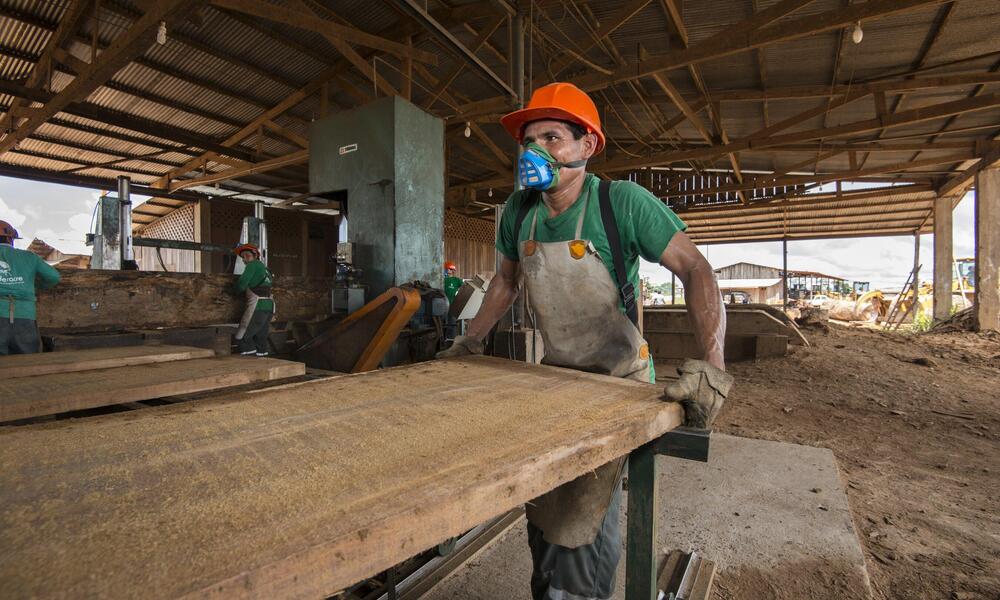 Illegal logging is more prevalent in Peru than in most countries around the world. The majority of the timber from Peru is harvested illegally. But the Peruvian government—with help from WWF and others—is turning this situation around. Together, they are transforming and modernizing Peru’s forest sector.

National and regional governments are strengthening national and regional policies related to forest governance and creating mechanisms to adequately enforce those new policies—particularly so all entities harvesting timber are playing by the same rules. Plans are underway to educate people who live and work in Peru—who (often unknowingly) are the main buyers of wood products made from timber harvested illegally in Peru—about what they are buying so they can make informed purchasing decisions. The government is also creating incentives for producing legal wood, among other regulations.

The new national Forestry and Wildlife Law set the stage for such changes. It was published in 2011 and its bylaws were finalized in 2015. Most notably, in accordance with the law, a new national government agency—the National Forest and Wildlife Service (SERFOR)—was created in July 2014 to address several forest-related issues, including halting illegal logging. The agency’s first mandate, as spelled out in its National Forest Sector Transformation Plan, was to work with producers and consumers to foster the use of legal timber. One of SERFOR’s key approaches to doing so is the National Pact for Legal Wood.

Legal wood: the norm, not the exception

The National Pact for Legal Wood represents an unprecedented opportunity to address major challenges in the country’s forestry sector and to create the conditions needed to develop a domestic market for legal Peruvian wood. To date, the focus has not been on the country’s rapidly expanding domestic market. It has been on Peruvian timber going to international markets, including the United States and European Union. Each hoped to disrupt Peru’s illegal timber trade with legal prohibitions against its import and critical capacity building of Peru’s forestry sector.

The pact has an ambitious goal: by 2021, all timber produced in the country will come from legal origins. The pact was signed in December 2014 by four Peruvian government ministers, the private sector, NGOs (including WWF) and indigenous federations. A multi-sectoral working group then designed the pact’s governance structure, participation rules and a strategy for bringing the pact to life.

On May 12, 2016, several signatories of the pact publicly announced their commitments to help achieve the goal of the pact and new pilot projects that demonstrate the potential for legal wood to reach key segments of the domestic market. For example, the Ministry of Education announced that it plans to use verified legal wood to build 200 schools in the Peruvian Amazon. The government of Arequipa (a region that sources a lot of wood from the Peruvian Amazon) and the government of Ucayali (one of the largest wood producing regions of Peru) pledged to buy responsibly-produced, legal wood. And Cuatro Cuartos, a Peru-based construction company, plans to use Forest Stewardship Council (FSC) certified wood from Maderacre to build 300 houses along the coast of Peru. The FSC label means the product was created with material from a responsibly-managed forest and that the wood was harvested legally.

One of the best things consumers in the US can do to help save Peru’s forests is to look for the Forest Stewardship Council (FSC) label when purchasing wood products from Peru or elsewhere in the world.