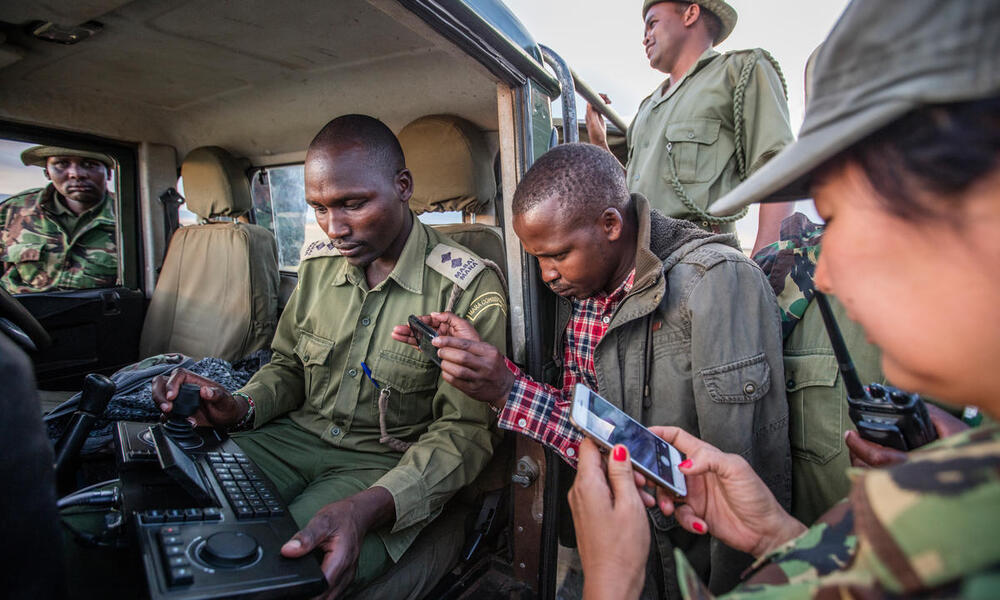 Poaching is the leading threat to many of Africa’s most iconic species. Over the last decade, an estimated $23 billion global black market for illegal wildlife products like rhino horn and elephant ivory has emerged, accelerating the problem into a race against extinction. The 2019 outbreak of COVID-19 has increased the urgency to protect Africa’s wildlife as anti-poaching programs and resources have diminished due to lack of vital tourist funds. These new challenges mean that innovative conservation methods are even more important as poaching pressures increase and ranger resources decrease.

Thanks to a $5 million Impact Award from Google.org to “use technology to stop poaching” in 2012, WWF has been able to launch the Wildlife Crime Technology Project (WCTP), the vehicle through which WWF and our partners have explored and implemented technological solutions to many aspects of wildlife crime. As a result of the advances made through the WCTP, WWF has become a recognized leader in the use of technology for anti-poaching and wildlife conservation, leading to improved and new technologies.

Through the WCTP, WWF set out to create an umbrella of technology tools to support rangers in their anti-poaching efforts. A number of technologies have been tested and piloted over the years with varying degrees of success. Building on our early learnings, we focused on two critical areas: 1) Addressing the challenges of spotting poachers at night and 2) Improving the connectivity and real-time sharing of information from digital sensors.

Case studies from the field

Poachers primarily operate at night, sneaking into parks and private reserves under cover of darkness. Some are bushmeat poachers illegally killing wildlife for personal profit, others have sophisticated trafficking operations that are armed and backed by organized crime. 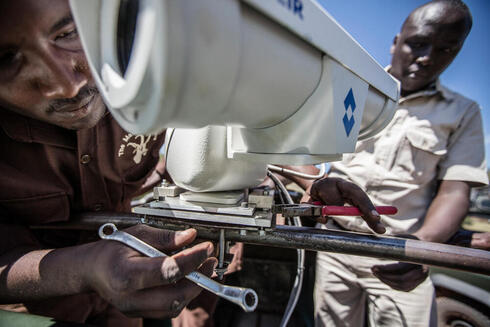 Often equipped with little more than flashlights, government and community rangers have virtually no chance of intercepting them. But what if park rangers could see in the dark? Seeking to find a technology that can help rangers ‘see’ at night, the WCTP identified thermal cameras—made by FLIR —as a viable solution. Initial pilots were conducted in 2015 to 2016 in Kenya at Lake Nakuru National Park and the Masaai Mara National Reserve, and were successful; the technology has completely changed the way rangers operate at night. Since installing the FLIR cameras in 2016, the section of Lake Nakuru they monitor has not had any rhinos poached over the past 6 years.

In Kenya’s 580-square-mile Maasai Mara National Reserve, long-range thermal cameras mounted on patrol vehicles in combination with FLIR Scout handheld scopes allowed Mara Conservancy rangers to set up mobile outposts where suspected poachers may appear. Since 2016, Mara Conservancy rangers have apprehended more than 300 poachers with the help of this technology and a majority of nighttime arrests now involve the use of FLIR technology.

The success of the pilots in Lake Nakuru and the Maasai Mara led to Kifaru Rising (in Kiswahili, Kifaru means ‘rhino’), a project launched in January 2019 as the next step in the game changing partnership between WWF and FLIR to eliminate poaching and improve ranger safety in 11 of Kenya’s highest-priority wildlife reserves by 2022. Collectively, these areas contain more than 80% of Kenya’s rhinos—including critically endangered black rhinos. Identified by the Kenya Wildlife Service as highest-risk for poaching, these sites are also home to African elephants and other threatened wildlife.

Over the course of 2019 and early 2020, significant infrastructure, solar power, and Cisco communication and networking equipment were set up to support the installation of long range thermal FLIR cameras along the perimeter of the park in Ol Pejeta Conservancy, home to the largest population of black rhinos in east Africa, and one of the first sites for the Kifaru Rising program. 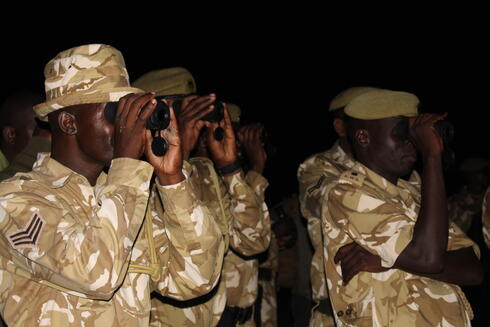 In February 2020, WWF’s technology team visited Ol Pejeta to install the first set of FLIR cameras, initiate the system, and train the conservancy staff in care and use of the system. Working among the restrictions associated with the COVID-19 outbreak that came shortly thereafter, WWF and our partners continue to move the project forward, configuring FLIR cameras, security software and servers, and additional networking equipment through numerous Zoom trainings and WhatsApp calls with IT staff from Ol Pejeta, as well as FLIR and Cisco engineers around the world.

The Kifaru Rising project represents the broadest scale deployment of this kind of technology and promises to help rhino populations thrive. FLIR has committed over $3 million worth of thermal camera technology, and other assistance, to the project including a donation of over 100 of their handheld thermal cameras to the Kenya Wildlife Service in January 2020. All 11 priority reserves are now using FLIR technology in some form. Following the hand-over, a three-day training was held for 35 senior KWS staff representing most of the Kifaru Rising parks who can then train all the rangers under them.

Despite the outbreak and travel restrictions associated with COVID-19 in 2020, Kenya achieved their first year of zero rhino poaching in 20 years. In the months and years ahead, WWF and our Kenyan partners believe that the FLIR technology will be more important than ever to improve and expand the parks’ security, and protect wildlife and people. If there are reductions in antipoaching patrols, FLIR will become vital to assist the remaining patrols in securing and protecting the park’s wildlife.

In response to the threat of increased poaching and the challenge that many protected areas in Africa lack adequate communication connectivity for rangers to detect and prevent poaching attacks before they occur, WWF, Cisco Systems, FLIR, Game Rangers International, and the Zambian Department of National Parks and Wildlife (DNPW) formed a collaboration in 2018. This concept—called Connected Conservation Project—is aimed at using innovative advances in communication and surveillance technologies to be applied in tackling this poaching threat, stopping illegal fishing, and minimizing human-wildlife conflict. The ultimate goal of this project is to build the capacity for long-term operation of the modern surveillance and communication infrastructure installed in Zambia’s Kafue National Park ecosystem to improve security for wildlife species targeted by poachers and illegal fishers.

In late 2018, WWF and partners began engineering a first-of-its-kind security system using thermal camera technology at Lake Itezhi-Tezhi on the border of Zambia’s Kafue National Park. Poachers use the lake to cross into the park at night to hunt elephants and other wildlife congregating at the water source, and people often illegally fish after dark. Using thermal cameras, WWF and partners engineered a “virtual fence” across the lake, enabling rangers to monitor the movement of boats into and out of the park’s lake boundary it in ways never before possible. To use this new technology in apprehending poachers in real-time, WWF and partners launched what is likely Africa’s first marine anti-poaching unit. These rangers monitor the lake at night by boat, using FLIR thermal cameras to guide them in the dark, and a newly upgraded communications network that allows them to communicate with each other in real-time when poachers are spotted. With the system now in place, WWF is training rangers and local partners to make the most of this breakthrough technology, and the system continues to prevent the poaching of elephants and other wildlife by identifying and alerting rangers of illegal activity day and night.

This project in Kafue is an example of conservation beginning to leverage the “internet of things”—the network of physical devices that are connected to the internet and each other so they can exchange data. Cisco helped create the communications network that allows these cameras and sensors to function and transmit data to a server at the control room, where it can be processed, analyzed, and presented to the rangers in a unified way. The system is now sending automated alerts to the control room but in time they could go directly to patrols, along with GPS coordinates of the possible illegal activity, adding a layer of transparency to the project and helping to maximize the impact a small force of rangers can have.

WILDLABS.NET: Connectivity and collaboration to save the planet
The promise of Unmanned Aerial Vehicles (UAVs) and applications on the ground
New technology and collaboration could transform wildlife monitoring
Sightlines: Using thermal imaging technology to expand protections for people and wildlife in Zambia's Kafue National Park
Thermal technology promises to halt poaching of rhinos